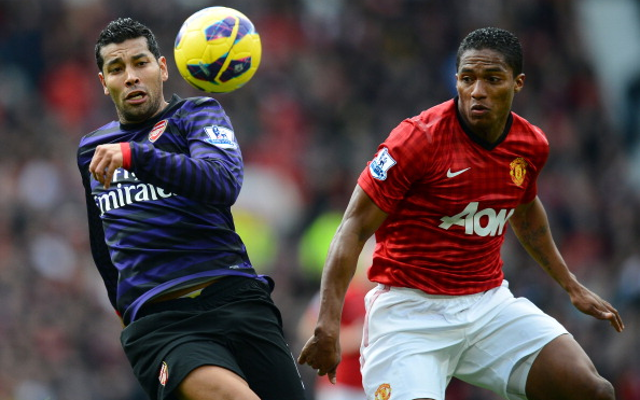 Brazilian left back set to return to the Emirates Stadium.

In news that is likely to give Arsenal fans nightmares, talkSport have revealed that Andre Santos is set for a return to the Emirates Stadium.

The Brazilian left back became infamous during his time at Arsenal for a number of erratic displays.

While Santos’ prowess going forward has rarely been up for debate, his defensive capabilities left a lot to be desired.

Santos invoked the wrath of the Arsenal support during the club’s game with Manchester United where he was torn apart by former Gunners captain Robin Van Persie, before proceeding to ask the Dutchman for his shirt at half time.

That proved to be the last straw for the defender and he was duly sent out on loan to Gremio during the January transfer window.

But the club have now been knocked out of the Copa Libertadores, the South American equivalent of the Champions League, and have admitted they do not have the financial capabilities to sign him on a permanent deal.

That presents Arsenal fans with the worrying prospect of Santos returning to the club. But his path to the first team is likely to be blocked after the arrival of Nacho Monreal in the January transfer window.

The former Malaga defender has been highly impressive since arriving at the club and is likely to prevent Santos from seeing any first team action any time soon.