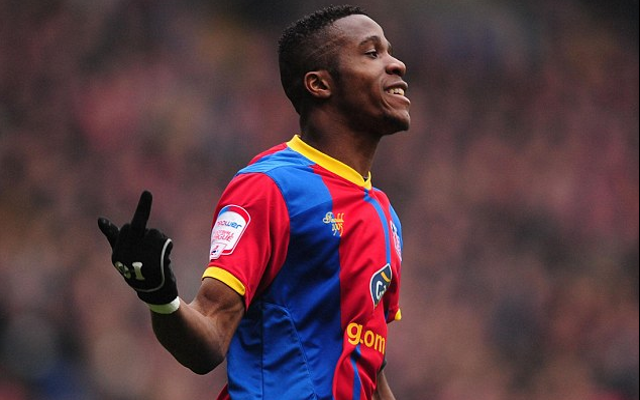 Newly promoted side keen to see Zaha spend another season at the club.

Crystal Palace are ready to pull out all the stops to bring Wilfried Zaha back to the club next season according to Sky Sports.

Manchester United announced they had agreed a deal with Palace to sign the England starlet during the January transfer window.

Zaha is expected to join up with his new team-mates in the coming days. But Palace are keen to bring him back on loan to the club.

Palace are currently celebrating after their 1-0 extra time victory over Watford in yesterday’s Championship play-off final.

Veteran striker Kevin Phillips cooly slotted home a penalty to send Palace back into the top flight of English football.

Palace chairman Martin Long is hoping that the club’s newly acquired Premier League status could persuade Manchester United and Zaha of the merits of the young forward spending another year at the club.

Zaha is unlikely to find himself in the Manchester United starting eleven straight away and Palace could provide the youngster with the chance to gain some experience of first team football in the Premier League.

But Palace manager Ian Holloway was less optimistic about Zaha’s return, insisting that he would want to keep Zaha if he were in United manager David Moyes’ position.