Reds close to double raid on City as defender and winger head to Anfield.

Liverpool manager Brendan Rodgers is close to completing a double swoop on rivals Manchester City with the signings of Kolo Toure and Scott Sinclair, CaughtOffside can reveal.

The Reds have been looking to strengthen both in defence and on the flanks in this summer’s transfer market, and have identified the City pair as good value for money due to their current status at the Etihad Stadium.

Toure and Sinclair made just 26 Premier League appearances between them this season, and have both been tipped to leave the club this summer as soon-to-be manager Manuel Pellegrini plots an overhaul of the squad that failed to win any silverware this year.

Former Arsenal man Toure is available on a free transfer, and despite being 32 years of age, Rodgers is happy to make an exception on his policy of signing younger players for the experienced Ivorian, as he looks for someone to fill the void left by the retiring Jamie Carragher. 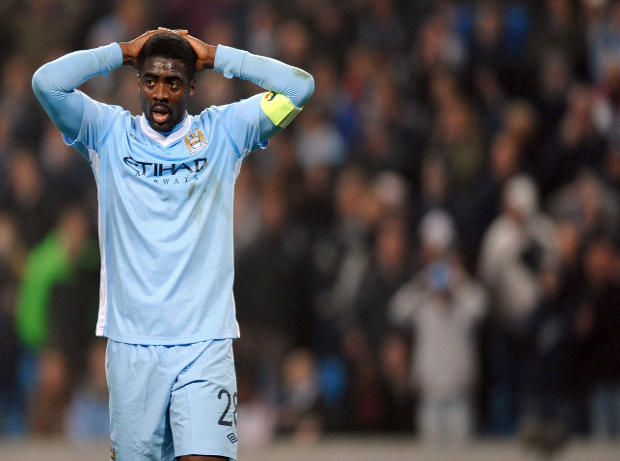 Toure had been watched by teams in Ligue 1, but it is thought that he has welcomed the opportunity to remain in England, where has played for his entire senior career since joining Arsenal as a youngster in 2002.

Meanwhile, Sinclair will only cost Liverpool around £6million, as City look to offload the player they signed just last summer, who has failed to make any impact at the club at all since joining from Swansea, where he had shown some of the best form of his career working under Rodgers.

Their connection at Swansea means Rodgers is keen to work with him again, and he had considered signing the 24-year-old last summer upon moving to Anfield, though City won the race for his signature on that occasion.

Despite his disastrous time at City, Sinclair is still seen as a player of great potential, and certainly one who could improve on Liverpool’s current wide options, with flops such as Stewart Downing and Oussama Assaidi likely to be sold this summer.

They had also looked at bringing back exciting winger Tom Ince from Blackpool, who was formerly a Liverpool youth player, but after emerging as one of the most exciting players in the Championship, his value has risen to over £10m, and Rodgers made the decision to go for the cheaper and more experienced option of Sinclair.

Swansea were also reportedly keen on bringing Sinclair back to the Liberty Stadium, but the former Chelsea youngster was keen to work with Rodgers again and continue his development under the Northern Irishman.

Sinclair is currently recovering from surgery to resolve a blood-clot the player sustained which led to the removal of a rib that will see the attacker out of action for up to three months. However the 24 year old is expected to make a full recovery.

This will go down as a shrewd piece of business by Rodgers, strengthening key areas of his squad on the cheap whilst weakening their rivals. However, this may not be the only piece of business between the clubs this summer, with City supposedly one of many clubs interested in Liverpool’s star striker Luis Suarez.