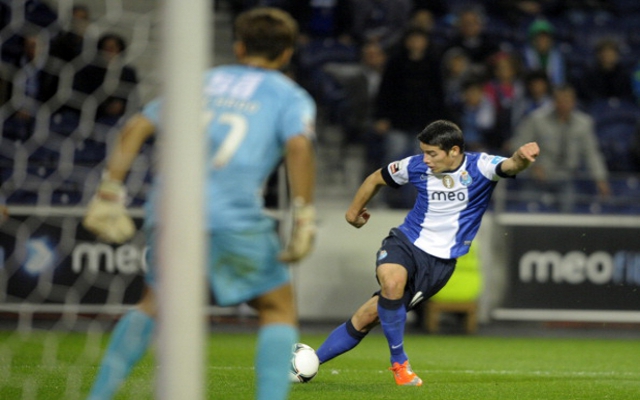 New Monaco signing James Rodriguez is hoping that his international teammate Radamel Falcao will join him at the French club after reported links between the two have grown in recent weeks, Sky Sports reports.

Reports in Spain suggest that the Atletico hitman is in Monaco this week to finalise discussions over a £50 million move to the Ligue 1 newcomers.

If the transfer does go ahead, then Falcao would follow in the same footsteps of his former Porto team-mates Joao Moutinho and Rodriguez, who recently moved to Monaco for a combined fee of €70million euros (£60 million).

And Rodriguez, who is also a teammate of Falcao’s with the Colombian national team, has expressed his excitement at the news that a deal may finally go ahead as he looks forward to linking up with his old friend once again.

“Obviously (it’s good). I’ve already played with him and now we’re going to be together again, that’s also going to be good,” he told Colombian newspaper El Tiempo.

“I’m proud to be with a friend, hopefully we can achieve great things.”

Rodriguez joined Porto in 2010, a year before Falcao left to join Atletico Madrid.