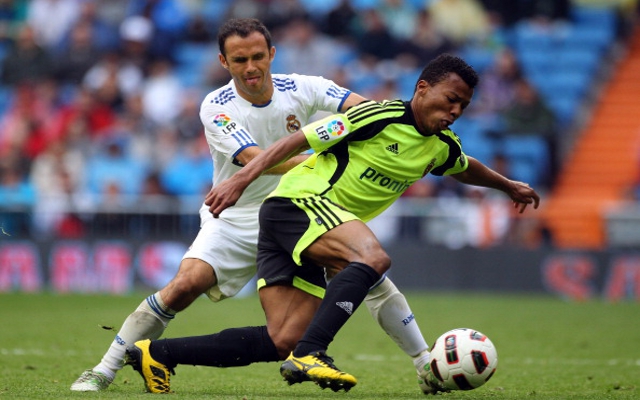 Portuguese veteran ready to sign for big spending French side.

Monaco are closing in on a deal to bring Ricardo Carvalho to the club according to French newspaper Sport24.

The Ligue 2 Champions are keen to build a team capable of challenging on both domestic and European fronts and are wasting little time in bringing in some of the game’s biggest names.

Monaco sent shockwaves through the football world last week when they announced the double signing of Porto pair James Rodriguez and Joao Moutinho.

Both are highly rated midfielders who were being tracked by some of Europe’s biggest teams.

The Ligue 2 Champions look set to top that this week, with reports suggesting the club are on the verge of signing La Liga pair Radamel Falcao and Victor Valdes.

The club are reportedly looking to complement those signings with the defensive steel of Carvalho. The Portuguese defender remains highly rated in the game despite his declining years.

But he has seen his role at Real Madrid increasingly marginalised over the last couple of seasons following the emergence of young French centre-back Raphael Varane.

Carvalho knows he is unlikely to see much first team football should he remain in the Spanish capital and is ready to join the project at Monaco.