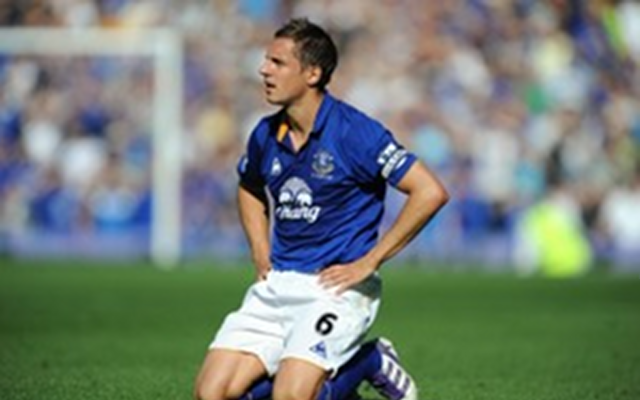 Everton defender Phil Jagielka has promised that he is happy at the club despite David Moyes leaving to join Manchester United, Sky Sports reports.

Speculation has mounted around a number of players following the manager out of the club, but the 30-year-old has reassured fans that he will not be one of them.

“I was made captain for next season when David Moyes was in charge,” he said.

“We will have to wait and see what happens with the new manager, but hopefully he will keep me in that role and it is something that I am looking forward to doing.”

The former Sheffield United man is currently on duty with England ahead of their friendlies against the Republic of Ireland and Brazil, and he insists that he is putting all talk about Everton out of his mind until a new manager is appointed.

“I will be able to put it to the back of the mind, definitely,

“We all knew the situation. It wasn’t sprung upon us because we had a couple of games to deal with it towards the end of the season when we knew the manager was leaving.

“I thought as a team and as a club we sorted it really well and gave the manager a great send off. We got over it in the course of those few weeks and I am away with England now so i will look forward to these two games.

“I’m not really thinking about (Everton) until we report back in July and hopefully by then we will have a manager sorted and we will see where it takes us from there.”