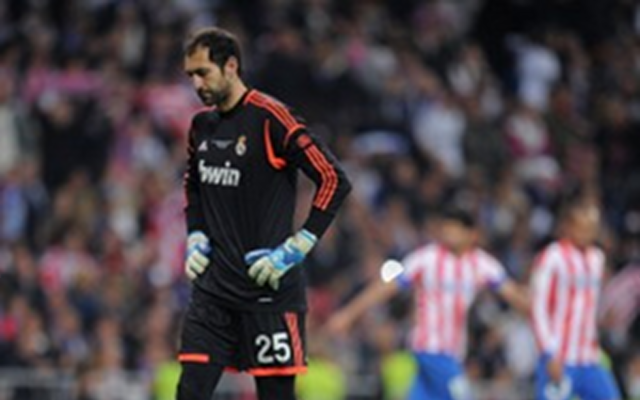 Real Madrid goalkeeper Diego Lopez has denied the speculation linking him with a summer switch to Liverpool by reaffirming his desire to stay with the Spanish giants, talkSPORT reports.

Liverpool’s current number one, Pepe Reina, is still being linked with a move to Barcelona as they seek a replacement for Victor Valdes and the Reds have reportedly targeted Lopez as the ideal man to step into Reina’s shoes should he move on this summer.

The 31-year-old has impressed for Real this season after taking over the reins from Iker Casillas. The long time Real number one had to miss out in January after breaking a bone in his hand and since recovering he hasn’t been able to oust Lopez from the starting line up for the previous 24 matches.

Jose Mourinho’s exit from Real is set to give Casillas the chance to reclaim his spot but with Monaco also interested, Lopez insists that he won’t be giving up his hard earned place in the squad easily.

“[It is] in my plans to continue here,” he said. “I believe in having competition and I think the goalkeeper’s role will be as open as any other position,” he said.

Lopez is in his second spell with Real after coming through the youth ranks in 2005.