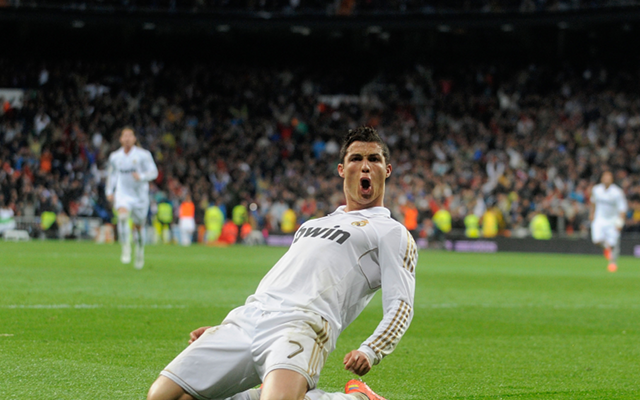 Real Madrid president Fiorentino Perez is determined to fight off interest in Cristiano Ronaldo by making him the best-paid player in the world, according to the Daily Mail.

There have been rumours over the last few months that the Portuguese star is unhappy at Real Madrid and looking to leave the club this summer, with Manchester United and PSG showing a strong interest.

The 28-year-old is the most expensive footballer of all time after he joined the Spanish giants from United in 2009 for £80million, and the Red Devils have shown an interest in bringing him back to Old Trafford after a difficult season at the Bernebeu.

PSG were also rumoured to be ready to break his previous transfer fee record, and sign him for as much as £100million this summer, and it was also thought that departing Madrid boss Jose Mourinho would look to take him with him to Chelsea.

However, Perez knows the value of having Ronaldo in the team after his incredible record of 201 goals in 199 games for the club, and says he will do everything he can to keep the player happy.

“I would like Cristiano Ronaldo to be the best-paid player in the world,” he said. “We’re going to do everything at our hand to make him happy.”