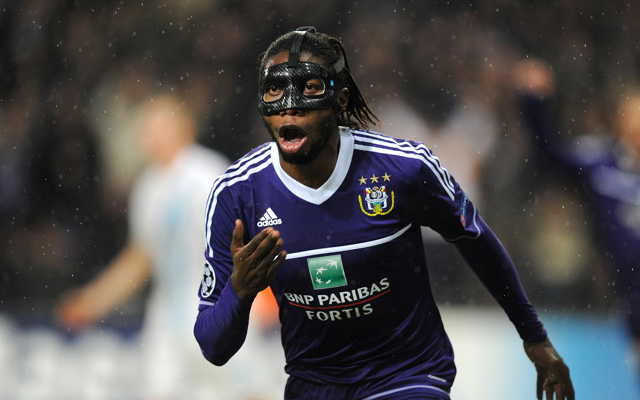 Chelsea striker advises Anderlecht counterpart to head to the Baggies.

Lukaku has just completed a successful season long loan with West Brom that saw him bag 17 goals, and he has advised the Congolese striker to join the club as they look for replacements for the young Belgian powerhouse.

The 27-year-old former Wolfsburg striker has expressed an interest in playing in the Premier League before and looks set to leave Anderlecht when the transfer window reopens.

“Dieu has won titles in Belgium, now it’s time for something else,” Lukaku said.

“West Brom is a good club. They can offer him a new challenge.

“It is sometimes said that Dieu must be ‘accompanied’ but guidance is offered at West Brom by good people.”

Anderlecht’s chairman Roger Vanden Stock could be a major stumbling block in any deal, however, as he values the player highly.

“We have agreed Mbokani can leave in June, but only for the right price. English clubs have seen what Christian Benteke is capable of, and they know that Dieu is even better. He can be one of the best strikers in Europe, so I think the fee would be closer to 20million euros than 10,” he said.

Mbokani has been in impressive form this year, bagging 27 goals in 39 appearances, as he helped Anderlecht to another Jupiler League title.