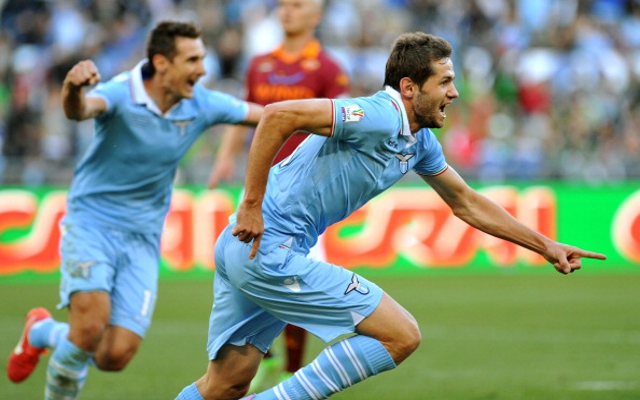 Lazio wide man Senad Lulic has moved to play down reports linking him with a move to Chelsea this summer, Sky Sports reports.

The 27-year-old was the hero in Sunday’s Copa Italia final against cross city neighbours Roma as his goal was all that separated the two and he is thought to be on the radar of the Europa League winners as well as Serie A rivals Juventus.

However, the versatile left sided player refused to confirm that he was interested in a move to the Premier League, pointing out that he still has two years remaining on his current deal, but at the same time he also refused to deny that a move away was possible.

“All I can say at this moment is that everything that is being written is pure speculation,” he said.

“But, of course, we will see what will happen in the summer.

“What counts the most in this moment is the fact that my contract with Lazio runs for another four years.

“So, for now, I’m focused on doing the best for my national team and then we will see what happens after the holidays.”

Lulic joined Lazio from Swiss side Young Boys in 2011 and has gone on to make 73 appearances for the Rome based side, scoring six times.