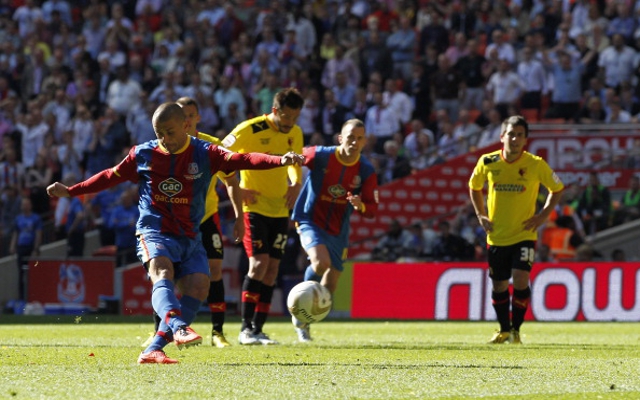 Veteran striker can still be a hit in the Premier League.

Crystal Palace manager Ian Holloway has spoke of his desire to see veteran striker Kevin Phillips postpone his retirement at the club prepare for their return to the top flight, talkSPORT reports.

The 39-year-old joined the Eagles in January and has bagged seven goals during his short time in South London, including the penalty that sealed their ascent to the Premier League after an eight year hiatus.

Phillips signed a one year deal when he joined in January and Holloway coached him during their time at Blackpool together and he is hoping that the former England striker will postpone his retirement beyond the agreed contract.

“There are lots of things we have to talk about, but he’s a fantastic player. I wouldn’t want anyone else taking that penalty,” Holloway said.

Holloway went on to express his delight at guiding the club back to the Premier League after a tense encounter with Watford.

“I was very disappointed last year with my Blackpool boys, but here we have the quality to grind results out and dig in.

“We’ve got enough match winners in the squad to manage the result and I’m delighted for everybody connected with the club.

“Commiserations to Watford though, we played against a great team and I’ve been in the other dressing room before and it’s not nice.”