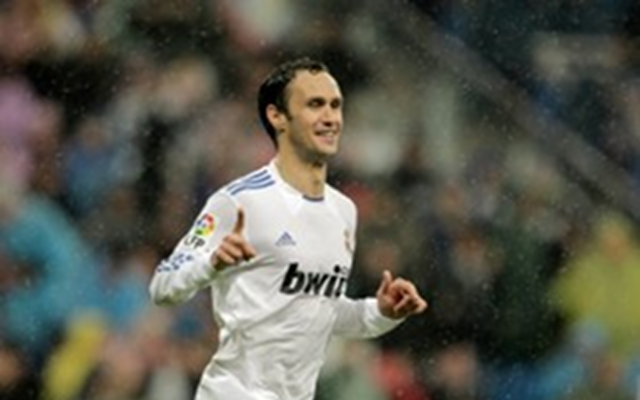 French club Monaco have made their third acquisition of the off season by snapping up Real Madrid centre back Ricardo Carvalho, Sky Sports reports.

The 35-year-old former Chelsea man has signed on the dotted line to commit to a one year deal to follow in the footsteps of Porto pair Joao Moutinho and James Rodriguez who both agreed to join the principality club last week on five year deals for a combined fee of £60 million.

Carvalho, who joined Real from Chelsea in 2010, was a part of the Porto squad that vanquished Monaco in the 2004 Champions League final and spoke of his delight at making the move across pyrenees.

“I am delighted to join Monaco and participate in this new adventure. It is a new challenge for me,” said Carvalho, whose deal has the option of a further year.

Monaco, who are bankrolled by Russian billionaire owner Dmitry Rybolovlev, look set to launch a strong challenge for the Ligue 1 title next season by making bids for a number of high profile stars from across the world.

Atletico Madrid striker Radamel Falcao is reported to be close to agreeing a £50 million switch this week whilst Barcelona goalkeeper Victor Valdes is also said to be edging closer to agreeing a move.