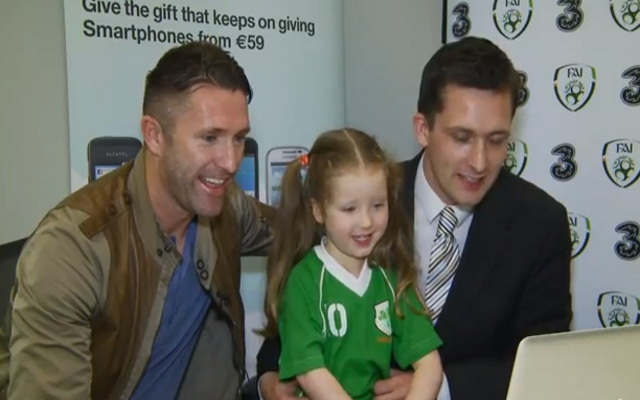 Republic of Ireland striker Robbie Keane has slammed the players of the England national team for their apathy towards playing for their country, The Express reports.

Keane will win his 123rd cap against England, just one less than leading appearance maker Shay Given, in what will be the first clash between the neighbouring counties in 18 years.

And Keane, who took an 11 hour flight just to play, insisted that there was going to be nothing keeping him from playing in this game.

“It’s very simple, I want to play for my country more than anything,” the 32-year-old said.

“It still means as much to me now as when I made my debut at 18 years of age.

“I can never understand players who don’t want to play for country, it’s very hard to take in.

“They say they are injured. I can’t understand it. I know some players I have played with would prefer not to meet up with the national team. I find that hard to believe.”

Keane also laid into Manchester United defender Rio Ferdinand over his handling of his international retirement.

“Rio is such a well-respected player and probably still one of the best defenders in the world.

“He made his choice and probably, maybe, he went about it the wrong way.

“Whatever happened between him and Roy Hodgson that is something you are going to have to ask them. What I do know is that England are missing one of the best players in the world.”