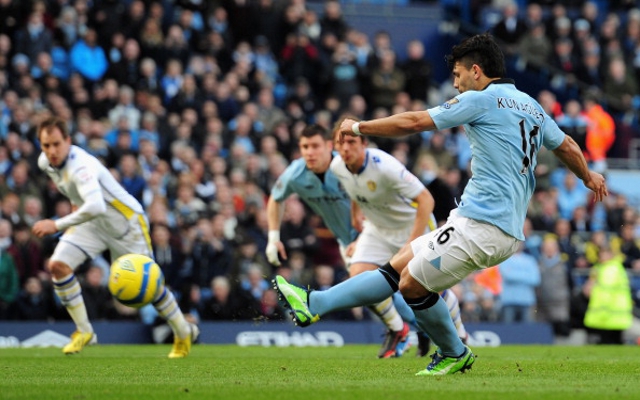 Manchester City striker Sergio Aguero has ended speculation surrounding his future by putting pen to paper on an extended deal until 2017 and he has admitted that he was happy to do so, Sky Sports reports.

The 24-year-old endured a tough campaign last season after bagging just 12 league goals and failing to retain the Premier League title or win the FA Cup, events which prompted speculation that he was due to join Real Madrid this summer.

However, Aguero confessed that his future was never in doubt and that he intended to head for the exit at all.

“They were only rumours. I have a commitment at Manchester City, which is a great club,” he said.

“I am happy to be part of a team that is growing up very fast. I am happy in Manchester, two years have gone by and I expect that we can do big things in the next few years.

“You can’t win the title every year, but we finished second and played in the FA Cup final. I hope next season we win titles again.”

Aguero was less clear on who would be taking over the managerial hotseat at the Etihad, though, but insisted that they players would be behind the new man, whoever he may be.

“There are several rumours regarding the new coach but we are on vacations now. When we go back to work, regardless of who is the coach, we are going to work very hard with him and the club.”