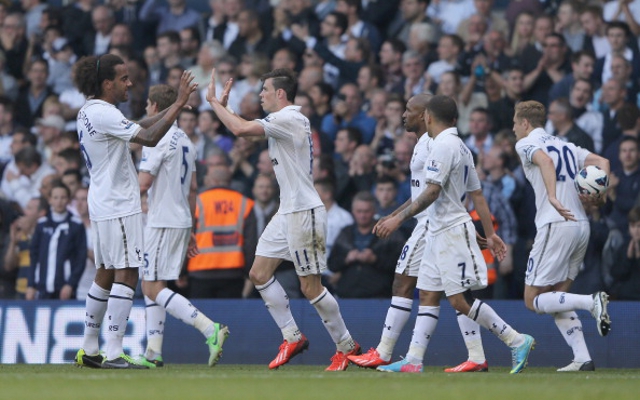 Tottenham are ready to sell a lot of their fringe players in order to free up space on the wage bill for Gareth Bale’s new pay package according to The Daily Mail.

Spurs are currently attempting to persuade Bale to turn down the advances of Real Madrid and remain at White Hart Lane for at least one more season.

To sweeten the offer, the club are thought to have offered Bale a new contract in the region of £110,000 a week.

Bale is holding out for a deal closer to £200,000 a week, prompting Spurs to begin preparations to offload a number of their players in order to accommodate Bale’s demands.

One of the first to be shown the White Hart Lane exit door is set to be David Bentley, whose £50,000 a week deal is set to expire this summer. He will be closely followed by veteran defender William Gallas, whose £60,000 a week is similarly set to come to an end.

The club are also willing to listen to offers for a whole range of the club’s fringe players including the likes of Togo striker Manu Adebayor, Benoit Assou-Ekotto, Jake Livermore, Tom Huddlestone and erratic Brazilian goalkeeper Heurelho Gomes.