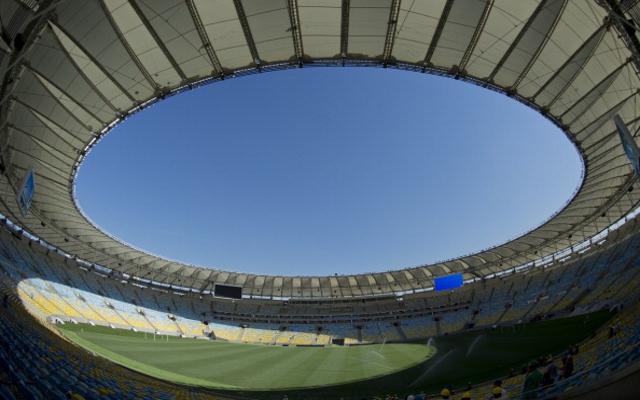 Big friendly game gets the go ahead.

Check in to Brazil vs England

Brazil’s friendly with England on Sunday afternoon will go ahead after a decision to cancel the game on safety ground was reversed.

There was panic on Thursday after daily newspaper O Estado de Sao Paulo quoted court sources who said Judge Adriana Costa dos Santos had acted on a request by a Rio state prosecutor when she postponed the game.

They had said that there was no evidence the Maracana met “the minimum necessary conditions to host games or events”.

But the authorities in Rio appealed that ruling before a duty judge, arguing that the safety report had not been delivered to the relevant official because of a “bureaucratic mistake”.

The judge duly overturned the earlier ruling, clearing the way for the game to go ahead.

The Rio State Government later confirmed that the game will go ahead after presenting a report showing that the stadium complies with the relevant safety guidelines.

“All safety requirements for the friendly between Brazil and England have been complied with and, because of a bureaucratic failure, the appraisal from the public ministry that proves the compliance with the rules on safety at the Maracana have not been sent to Suderj (the administrative division of the Rio de Janeiro state authority),” read a Rio State Government statement.

The news was greeted with relief by FIFA Secretary General Jerome Valcke.

“After 30 seconds of anxiety, I was delighted to receive a statement from the authorities in Rio saying that it was a bureaucratic error and that there is not, in fact, a problem with security or with the structure,” Valcke said from Mauritius, where he is attending a FIFA Congress.

“I am getting ready to fly to Rio after the Congress to attend the match. The Maracana is a sublime stadium,” he added.

“The Maracana is like a nice car. Now it needs to be driven.”

An estimated 74,000 people are expected to watch Sunday’s game, the second test for the stadium inaugurated on April 27 after a multi-million-dollar 30-month renovation.

The friendly is to serve as preparation for the Brazilian national squad ahead of the Confederations Cup, which will be held in the country from June 15-30.

The Maracana – which hosted the deciding match of the 1950 World Cup – will host four Confederations Cup matches as well as seven World Cup games next year, including the finals of both tournaments.

In 2016, it will host the opening ceremony of the Summer Olympics.

Only last month Valcke accepted that Brazil would not be entirely ready to host June’s Confederations Cup, but warned it would expect tip-top organisation for next year’s World Cup finals.

“For the FIFA Confederations Cup we will make it – it will be a fantastic tournament, but not all operational arrangements will be 100 per cent,” said Valcke at the time.

England are already in Brazil having flown on a private jet straight after Wednesday night’s 1-1 friendly draw against Ireland at Wembley.

Since 2007, the Rio state government has invested an estimated $430 million in the Maracana renovations, which ultimately will comprise a multi-purpose arena featuring bars, restaurants and shops.

However, the redevelopment has met with controversy in some quarters, with protesters taking aim at the plan to privatise the venue.

Two consortiums are competing for a 35-year lease to operate the Maracana and its surroundings.