Chelsea have been cast aside in recent seasons in the race for the Premier League. Numerous managerial changes and squad alterations have restricted the necessary continuity to compete in the league. The combination of Andre Villas-Boas and Roberto Di Matteo have set the foundations for a squad which will rival the Manchester clubs for the domestic titles, it’s now up to speculated manager Jose Mourinho to return them to domestic glory. Here are five signings which will aid Chelsea’s cause of doing just that. 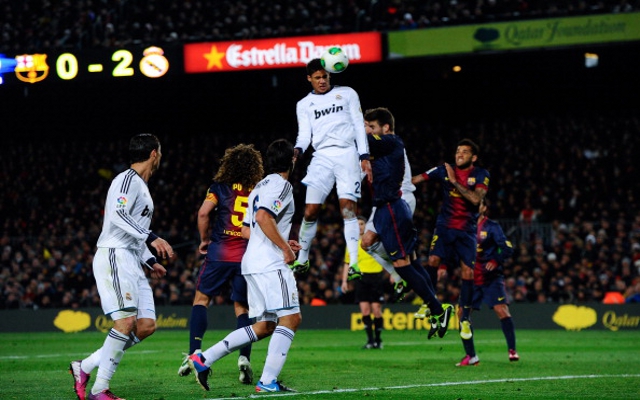 The talented French defender was brought to Madrid by Mourinho in the summer of 2011 for a fee of €10million from Lens, where he signed a six-year contract at the Bernabeu. Varane, 20, broke into the Madrid side this season, and also the France international set-up, which brought his talents to the attention of the world’s biggest clubs. Chelsea are yet to find a solid centre back pairing at the club which can be relied upon, and with Terry ageing, a long-term replacement is required. Varane is believed to cost Chelsea in excess of £25million if they wish to sign the rugged defender from Madrid this summer.

Versatile defender David Luiz is being rumoured as a potential make-weight in the deal, as the Spaniards deem Luiz’s talents ideal for the Spanish style of football. The foundations of Mourinho’s multi-title reign at Chelsea were based on a solid defensive structure, with Ashley Cole pegged in at left back, Branislav Ivanovich and Cesar Azpilicueta to battle it out for the right back spot, Chelsea are looking for that defender to partner either John Terry or Gary Cahill at the heart of their defence. The Blue’s are, on average, conceding more goals per/season since Mourinho left the club in 2007. Chelsea are looking long-term with their recent signings all being in their early twenties, Varane fits the bill for the project in place at the club.