Incoming Man United boss David Moyes hopes to complete a deal to sign Uruguayan right back Guillermo Varela according to the Daily Express.

The 20 year old Penerol defender has been on a two week trial with the Old Trafford side and it is believed that Man United have subsequently registered a £1.2m bid for the youngster, who could perhaps be seen as a long term back-up option for Brazilian Rafael, who has made the right-back spot his own after a consistent campaign. 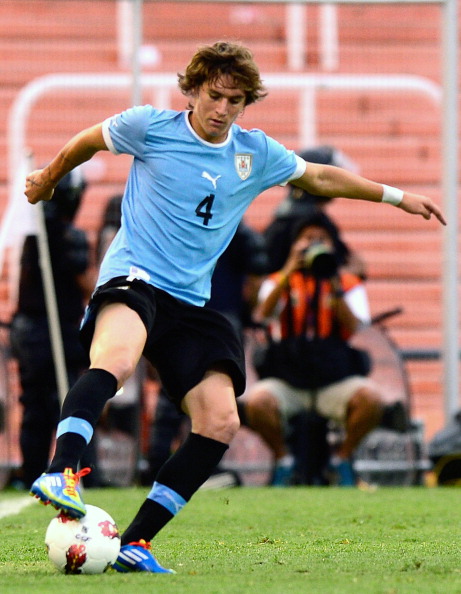 Varela is set to represent Uruguay in the World U20 Championships this summer. Though yet to establish himself in Penarol’s first team, he is seen as one for the future and as such may require a bigger outlay than the reported bid made by the Premier League champions.

Moyes has been linked with a myriad of potential additions this summer though his squad may perhaps not require an overhaul of any real magnitude.

Wilfried Zaha will join up with the Man United first team set-up having completed his loan spell back at Crystal Palace, who may well look to persuade Moyes to loan out the winger for another Eagles campaign.