Incoming Old Trafford boss David Moyes is to be handed an £80m transfer kitty as he sets about bringing in summer additions according to the Daily Mirror.

The transfer war-chest handed to the Scot will be increased by the imminent sale of Portuguese international Nani to Monaco, with a move apparently ‘poised’ to occur.

David Moyes sees the 26 year old as surplus to requirements and clearly the former Sporting Lisbon man has played a limited role in recent seasons and Nani started just seven Premier League matches last term and the arrival of Wilfried Zaha from Crystal Palace may well further lessen his involvement.

Moyes will no doubt be sitting down to analyse potential areas of weakness in his squad ahead of inevitable purchases as the former Everton boss will be more than aware that even though he has inherited a Premier League title winning squad there is certainly scope for improvements. 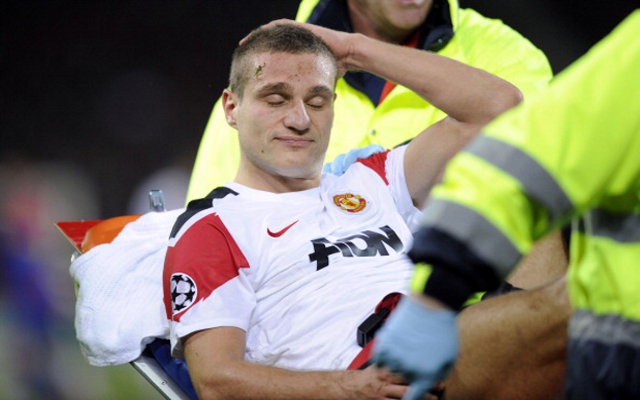 With Rio Ferdinand clearly in the latter stages of his career and Nemanja Vidic continuing to suffer time out injured there could well be plans to sign a central defender.

The club’s midfield could do with freshening up, a lot was expected of Michael Carrick in 2012/13 and he duly delivered but Anderson continues to flatter to deceive and Darren Fletcher is still recovering from a long term illness.

Paul Scholes has retired for a second time and Ryan Giggs will once again only occupy a cameo role so perhaps a box to box midfielder of some type is required.

In terms of potential additions up front, those would only appear to be relevant if one of the club’s current crop of strikers leaves, with Wayne Rooney perhaps the most likely to make an Old Trafford exit.

One would imagine Moyes will fight tooth and nail to keep the 27 year old England man though perhaps any potential exit wouldn’t prove disastrous, in fact such an event could leave Mexican Javier Hernandez the chance to really shine instead of simply being on hand to act as back-up.