Anfield side close in on impressive new additions.

Having already signed Man City defender Kolo Toure Brendan Rodgers is reportedly pushing on with moves to bring in another three talents this summer to help improve an Anfield squad that hasn’t really made in-roads in their push to secure a coveted Champions League berth. 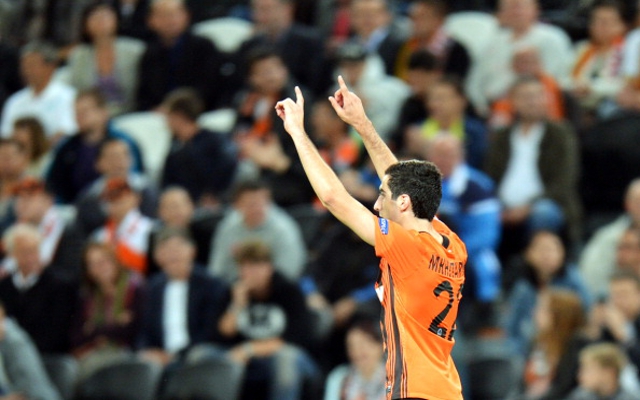 Liverpool are said to be closing in on a deal to sign highly rated attacking midfielder Henrikh Mkhitaryan according to the Daily Mirror.

This source claims that a £20m move is on the cards and Liverpool are close to tying a deal to bring in the Shakhtar Donestk playmaker as Brendan Rodgers looks to improve his first team squad this summer.

The Armenian international has had a wonderful season with Shakhtar, scoring 29 goals in 39 appearances in all competitions and after three seasons at the Donbass Arena and five seasons in Ukraine as a whole, the 24 year old may feel this is an opportune time to make a high-profile move.

Rodgers is apparently keen to bring in a goal-scoring creative presence that can able link midfield and attack and may see Mkhitaryan as a long term replacement for Steven Gerrard. 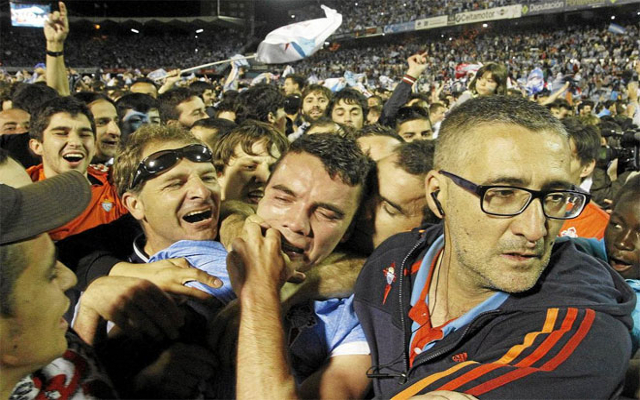 Speculation has been rife in recent days that Liverpool are on the verge of signing in-form Celta Vigo forward Iago Aspas. 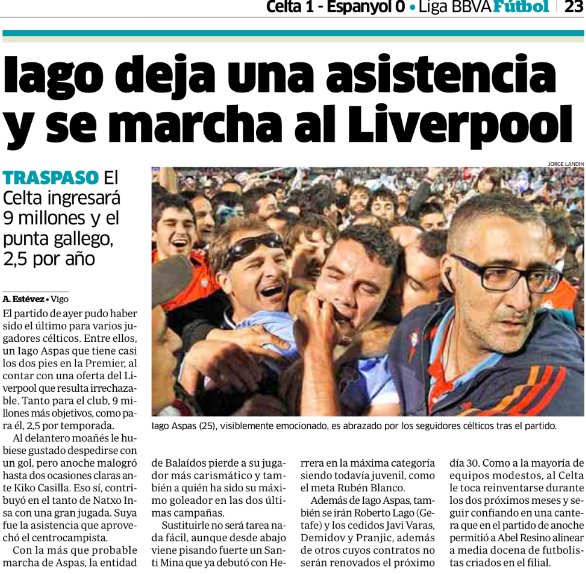 The 25 year old striker provided the all important assist that saw Natxo Insa score the winner for Os Célticos over Espanyol that dragged Celta Vigo out of the relegation zone.

Aspas will reportedly be handed a contract worth €2.5m (£2.1m) a year, or around £40k a week if you prefer, which is a fairly modest salary by Premier League terms.

Iago Aspas finished as the club’s top scorer with 12 top tier goals, following on from the 23 he netted to help his Galician side secure promotion to the top tier last term, and was in tears as he was triumphantly cheered off the pitch last night. 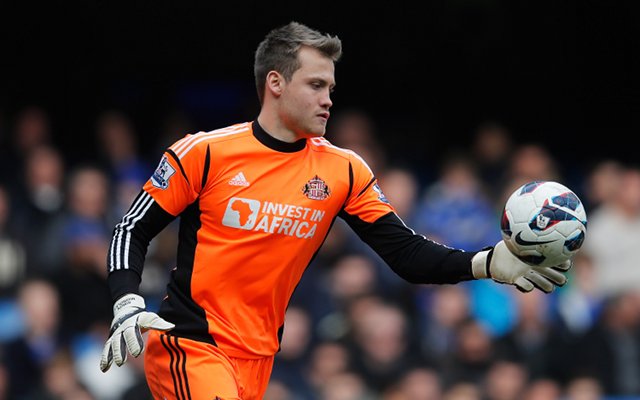 The Daily Mail believes that Sunderland keeper Simon Mignolet has increased the likelihood of a £6.5m move to Liverpool by stating that he does not relish another season of struggle at the Stadium of Light.

Liverpool boss Brendan Rodgers is said to be scouting for a new first choice custodian amid growing uncertainty over Pepe Reina’s future, and has earmarked Belgian international Mignolet as his first choice for the job.

Mignolet’s comments during an interview whilst on international duty will lead some to believe the keeper is putting in the ground work ahead of a push to leave Sunderland this summer.

‘I am ambitious, and I read the press as you do’

‘It has been a difficult season with Sunderland. It’s not much fun to play bottom of the League, and I think Sunderland will know they have to change something to prevent another season like that.’

‘I am happy with my season. I played 38 matches. Few players can say they did that in a Premier League season. I also managed 11 clean sheets, which is not bad if you’re playing at the bottom of the division. To do that, you have to be mentally strong, and I think it shows I have progressed a lot as a goalkeeper.’

‘I have had a good season, so it’s logical your name is linked with one or two teams.’

‘I will stay calm and focused on the Belgium games, and after that, go on holiday with my girlfriend. We will see what happens.’