Cristiano Ronaldo is reportedly keen to a move back to Old Trafford and Man United have stepped up their efforts to bring the 28 year old back to the Premier League and will hope a £65m plus a player swap deal will persuade Real Madrid to sell.

The Sun states that the Portuguese international has steadfastly turned down offers of a new deal and with just years left on his current contract there is every chance that the Spanish giants will have to consider offers to avoid their prized asset’s market value dropping off in dramatic fashion.

Loosely translated the issue is that if Real Madrid can not convince Ronaldo to pen a new deal then after this summer they are unlikely to be able to attract a deal as good as the one Man United are willing to offer. 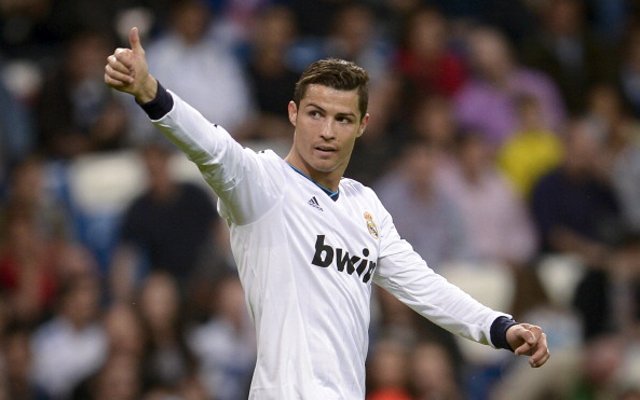 A number of factors suggest Ronaldo could well be open to a move back to the English top tier to re-sign for the club that helped make him the big name player he is today.

The Real Madrid goal machine, 201 goals in 199 appearances, has put his house up for sale and didn’t play in Real’s final game of the season after reportedly falling out with departing manager Jose Mourinho.

In four seasons at the Bernabeu he has won only a Spanish title and the Copa Del Rey and this source believes he misses his old team-mates, many of whom are still at Man United.

Man United have made contact with his representatives and sponsors Nike are also very much part of the deal to take their top individual footballing asset and return him to a club they partner with.

If you then factor in that Man United may well need to send a signal to the world that they are not in any way diminished by the departure of Sir Alex Ferguson and bringing in a ‘Marquee’ signing could well be the ideal way to do so. There isn’t a bigger name in the game who they could realistically sign this summer so in many ways a move to bring in Cristiano Ronaldo could well be falling neatly into place.