Emirates Stadium side given real hope of pulling off major summer transfer coup.

The 27 year old made a verbal request to leave the Old Trafford side at the tail end of the last campaign and was subsequently left out of Sir Alex Ferguson’s starting eleven for the club’s last three Premier League fixtures of 2012/13, leaving many to ponder whether the former Everton man had a future at Man United.

Arsene Wenger has publicly stated his interest in Wayne Rooney and is ready to offer the England man a role as Arsenal’s central striking option, a position the Man United man lost following the arrival of Robin Van Persie at the club last summer.

Rooney is said to far prefer an orthodox striking role over the more withdrawn position he has been used in for much of the past year and is considering his options ahead of ‘clear-the-air’ talks with incoming boss David Moyes. 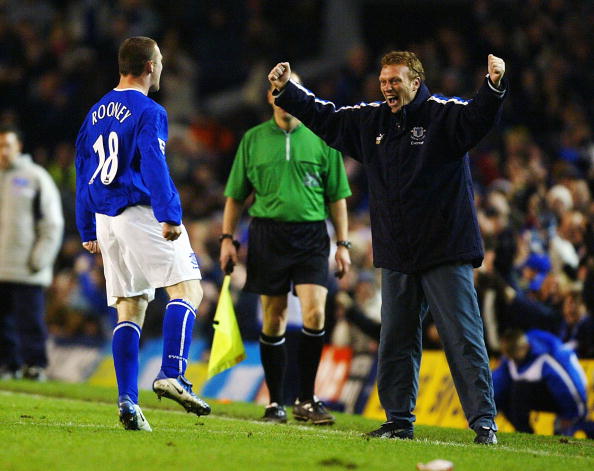 Given that Wayne Rooney had made a request to leave Man United before Moyes was ushered in to replace Sir Alex Ferguson one can only imagine his desire to leave the club he has represented since August 2004 can only have increased.

Moyes and Rooney fell out spectacularly following the striker’s exit from Everton and the claims he then made about the then Toffees boss in his autobiography, which resulted in the Man United star paying out an out of court settlement to the Scot, and seems hard to imagine that the two could happily work together again.

Arsene Wenger will be handed a large transfer warchest this summer and the trimming of his current playing staff will afford the Arsenal boss the ability to break the club’s wage ceiling so as to tempt the game’s big earners. 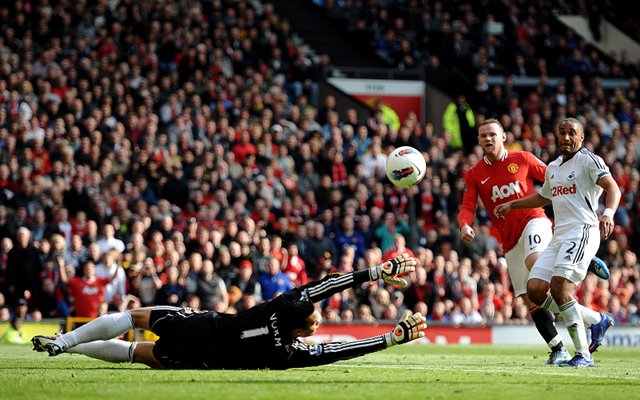 A move for a player of Wayne Rooney’s stature is seen by the club’s board as a good chance to issue a statement of intent following a very lean spell which has seen the Emirates Stadium side go eight seasons without silverware.

PSG, Real Madrid and Chelsea are also said to be keen on signing Rooney but the Man United man is said to be interested in the prospect of working under Wenger and is open to a move to London, more so than any potential move overseas.

The Arsenal boss is keen to bring in a prolific forward as Olivier Giroud has proven only a moderate success in his first season at the club, scoring 11 Premier League goals from 34 appearances.

Rooney is Man United’s fourth highest goal-scorer of all time and his record of 141 goals from 252 top tier starts is clearly an impressive one that will lead to a great deal of interest if the striker opts to push for an Old Trafford exit in the coming weeks.

Arsenal are ready to smash their current transfer record to land Rooney, with an offer of around £30m being drawn up and the Gunners are also ready to offer up to £200k a week, around double that of the club’s current highest earners, Lukas Podolski and Theo Walcott.