Everton had finished 2011/12 on a real high, proving themselves to be one of the most consistent teams in the league for the latter half of the season, and it was hoped that with a better start this time, the club could really make a genuine challenge to break into the Premier League top four.

During the summer they completed their priority signing of Steven Pienaar from Tottenham, who had returned to the club on loan for the second half of the last campaign after a difficult time at White Hart Lane. The South African was a crucial part of their improved performances in 2012 and looked like a bargain at £4.5million. Joining him were Steven Naismith on a free from Rangers, and exciting young Belgian striker Kevin Mirallas from Olympiakos for £6million, a player who had been interesting the likes of Arsenal. 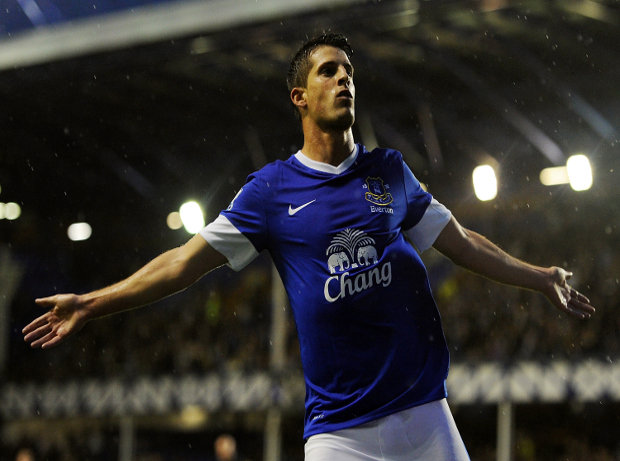 This was followed up by an impressive 3-1 win at Villa Park, though ultimately Everton looked like maintaining their reputation as slow starters. They exited the Capital One Cup in the third round after a surprise 2-1 defeat to Championship side Leeds, and after beating Southampton, went on a run of four draws in a row in the league, with then just two wins in eleven games. However, because this run only included one defeat, and hard-earned draws in difficult games at home to Liverpool and Arsenal, and away to Manchester City, as well as a thrilling 2-1 late comeback against Tottenham, it was hardly a crisis, and they found themselves in the healthy-looking position of fifth place at the turn of the year, following some improved results with wins against Wigan, West Ham and Newcastle.

Maroune Fellaini was really impressing with some dominant displays and a new-found goal scoring touch, and the team went on a decent seven-match unbeaten run in January, which ultimately came to an end in a 2-0 defeat to Manchester United at Old Trafford, where they were unable to repeat their trick of the previous year and derail United’s title challenge, which was looking unstoppable even at this stage.

The Toffees were also making progress in the FA Cup, beating Cheltenham, Bolton and Oldham – who had provided one of the shocks of the tournament in knocking out rivals Liverpool – until they came up against Wigan in the quarter-finals. Everton were clear favourites to beat the relegation strugglers and make the semi-finals for the second season in a row, but were blitzed 3-0 by the visitors, who scored three times in three minutes in the first half to reach the semis for the first time. This was seen as a humiliating defeat by Everton fans, some of whom were even calling for Moyes to be sacked after another season without silverware was confirmed.

Moyes immediately silenced his critics with a highly impressive 2-0 win over reigning champions Manchester City in the next league game. Leon Osman and Nikica Jelavic both scored wonder-goals to kill off City’s title hopes and keep Everton in the running for the top four. Moyes’ side went on another good run of form, beating Stoke and Queens Park Rangers, as well as earning solid away draws at top four rivals Tottenham and Arsenal. However, a 1-0 defeat to Sunderland more or less ended their hopes of Champions League football, and they played out the rest of the season hoping to at least finish above Merseyside neighbours Liverpool. They were helped by a 0-0 draw against the Reds at Anfield, as well as with wins over Fulham and West Ham.

However, days after the Liverpool game, it was confirmed in a big news week that Moyes would be taking over at Manchester United next season following the surprise retirement of Sir Alex Ferguson. Despite the recent wrath from some sections of the Goodison Park crowd, Moyes was thanked greatly for his work at the club and a final day defeat to Chelsea did not stop them from an impressive finish of sixth place, one better than last season and still one place in front of Liverpool.

Although Moyes is now rumoured to be plotting a transfer raid on the club for star players such as Fellaini and Leighton Baines, he has left them in a good position to carry on as they have been, and it is perhaps a mark of how far he has taken the club that the lack of silverware this season was greeted with such surprise and disappointment. 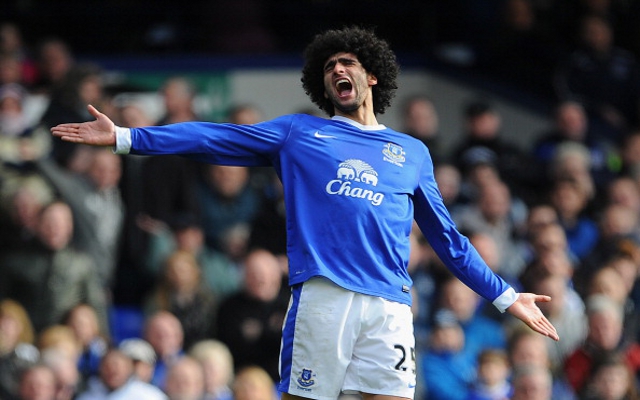 The Belgian midfielder has taken his game up to a whole new level this season, and it was clear straight away with his outstanding individual display in the opening game against Manchester United that he would be one to watch this year. The 25-year-old finished as the club’s leading scorer with 12 goals from midfield, and was a real driving force in their challenge for the top four. It is no surprise to see him being linked with moves to bigger clubs after this year, and he will go out on a high if he does leave.

After such a promising start to his career when he joined in January of the 2011/12 season, Jelavic’s form really dipped this season as he managed just 8 goals all year. The Croatian was really expected to push on and help fire the club up the table, and they really struggled to turn draws into wins on many occasions due to this lack of threat upfront.

For a club of their size, Everton perhaps could not wish for much better, but ultimately the goals of breaking into the top four and winning some silverware were not reached and this has to go down as a failure given their easy-looking cup runs. They play good football but lack a clinical edge upfront, and perhaps a change of manager can breathe new ideas into the team, despite the undeniably great work done by Moyes.