After a strong finish of 9th place in 2011/12, it was likely to be something of a tense summer for Fulham fans, with two of their key players being eyed up by bigger clubs after impressing so greatly at Craven Cottage. In the end, both Clint Dempsey and Moussa Dembele were sold to Tottenham for £6million and £15million respectively.

Dempsey’s 23 goals of the previous season would be difficult to replace, but manager Martin Jol managed to lift spirits at Craven Cottage with the signings of three strikers – Hugo Rodallega on a free transfer from Wigan, Mladen Petric from Hamburg, and most notably, Dimitar Berbatov from Manchester United for what looked a bargain price at £4million. Berbatov first made a name for himself under Jol in their time together at Tottenham, and the prospect of them linking up again was certainly an exciting one.

Things started very brightly indeed as Fulham were top of the Premier League at the end of the opening day, as they crushed Norwich 5-0. New signing Petric made quite an impression with two goals and two assists to get the Cottagers off to a flyer.

Their next game was at Old Trafford, and they gave a good account of themselves in a narrow 3-2 defeat to Manchester United. Damien Duff gave the visitors the lead after just three minutes, though they were quickly 3-1 down before half time. Still, Fulham forced a second goal with Nemanja Vidic putting through his own net to give United a nervy finish. Despite the defeat, there was plenty for Fulham fans to be optimistic about.

However, things did not go so well as they were knocked out of the Capital One Cup in the opening round in a shock defeat to Sheffield Wednesday. This was then followed up by a poor showing in a 3-0 defeat to West Ham in the Premier League. They bounced back with wins over West Brom and Wigan, but then won only once in their next ten games as they hit a very poor patch. However, this run did include thrilling 3-3 draws away to both Reading and Arsenal, suggesting perhaps that they were not getting their just reward for some fine attacking play due to mistakes at the back.

They ended their poor run with a much-needed 2-1 win over fellow strugglers Newcastle at Craven Cottage, though more disappointment followed as they lost by the same scoreline to the Premier League’s bottom side Queens Park Rangers and were thrashed 4-0 by Liverpool at Anfield. 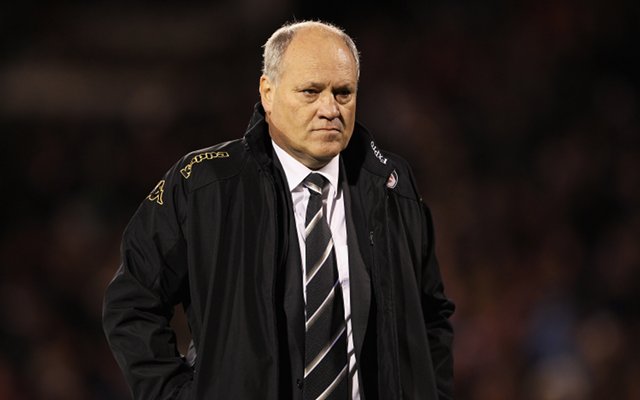 Although still mid-table, Fulham’s poor form was not encouraging and their position papered over some cracks as they were not that far ahead in terms of points from the league’s relegation fighters, as much as it was generally thought that they would have the quality to stay up. This was shown with wins at West Brom and at home to West Ham, though they exited the FA Cup rather limply with a 4-1 defeat to Manchester United inbetween these results. In the January transfer window, a number of loan signings were brought in to help stop the rot, with Urby Emanuelson arriving from AC Milan, and Emmanuel Frimpong from Arsenal.

They gave a better account of themselves in their league game against United, losing only 1-0 at home, with a quality winner from Wayne Rooney making the difference. They followed this up by going five games unbeaten in the league and looking close to securing safety, as they beat fellow relegation strugglers Stoke and QPR and claimed a major scalp against Tottenham with a 1-0 win at White Hart Lane, the winner coming from former Spurs star Berbatov.

However, despite seeming safe at this point, their form then catapulted again and they ended the season terribly with five defeats in a row and six in their final eight games. They faced some difficult opposition, find themselves outclassed at home by Chelsea, Arsenal and Liverpool, but were also beaten by Newcastle and suffered a 4-2 home defeat to already-relegated Reading. Due to poor results from the teams below them, they managed to stay up, and a final day win over Swansea earned them a final position of 12th in the league, though only seven points ahead of relegated Wigan in 18th. 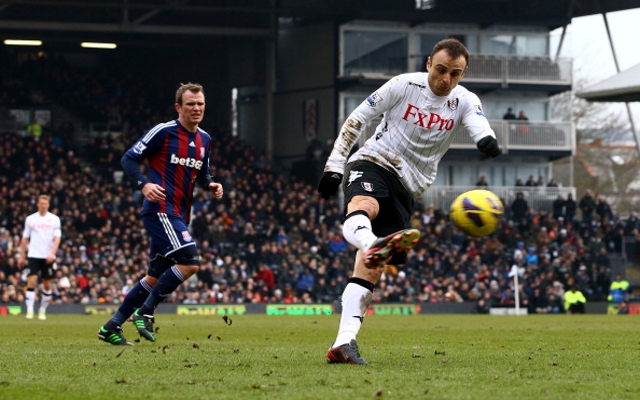 An obvious choice for the club’s best player, Dimitar Berbatov’s quality made the difference on a number of occasions. The Bulgarian did the job of replacing Clint Dempsey well, scoring 15 times in the league and improving Fulham’s quality of football with his all-round ability, helping to make his team-mates look better than they are. A signing well made, as without him they might well have gone down.

The slow and error-prone centre-back has more or less confirmed that he isn’t good enough for Premier League level. The Swiss defender was a flop at old club Arsenal and was certainly culpable on a number of occasions for Fulham this season. The solid Brede Hangelaand deserves a better defensive partner and this is a position Jol must look to improve on in this summer’s transfer window. A notable mention as well for Hugo Rodallega, who did not make the desired impact since joining from Wigan.

The feeling now will be that Fulham are glad to have stayed up and can begin to rebuild for a better season next year, but there is a lot of work to be done at the club to establish itself as a safe mid-table side again. Jol has them playing some good football, but they have too many passengers and haven’t truly replaced Dembele in midfield. Defenders are also a must as they concede far too many goals. They must also aim to keep Berbatov after losing two star players last summer, or they will continue to go backwards.