After providing neutrals with one of the most thrilling ends to a season ever with Sergio Aguero’s last-gap title-winning goal in May, an arguably bigger challenge faced them this year as they were tasked with retaining their Premier League title.

Despite the club’s immense financial power, it was a poor summer in the transfer market for manager Roberto Mancini, who missed out on main target Robin van Persie to rivals Manchester United, giving the sense early on that this deal may give the red half of Manchester an edge in this season’s title race. Instead, unspectacular signings such as Jack Rodwell, Scott Sinclair, Javi Garcia and Maicon were made, though promising youngster Mateja Nastasic was also brought in from Fiorentina with Stefan Savic moving in the other direction. On the way out were squad players such as Adam Johnson and Nigel De Jong, while Emmanuel Adebayor made his loan move to Tottenham permanent.

Despite this lack of significant strengthening, the City team was close enough to the one that won the title the previous year, and were favourites to win it again after a fine display in beating Chelsea 3-2 in the Community Shield. They opened the defence of their title with a 3-2 win over newly-promoted Southampton, which had echoes of their memorable game against QPR, as City came from 2-1 down late on to grab the three points.

City were lauded for their character in grinding out a difficult win, but with hindsight it was perhaps a sign that cracks were starting to appear in the team. Their defending continued to look suspect as they could only manage a 2-2 draw with Liverpool in a game they were fortunate not to lose. They beat QPR 3-1 in their next home game, but were held once again on the road in a 1-1 draw with Stoke. They followed that up with a disappointing draw at home to Arsenal, in which the Gunners stunned the Etihad Stadium with a late equaliser. In between these games they were also beaten 3-2 by Real Madrid in the Champions League and knocked out of the Capital One Cup in the first round, in a shock 4-2 home defeat to Aston Villa. 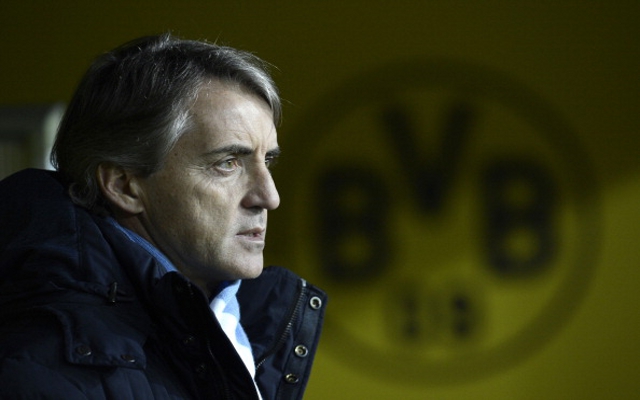 They followed this up with a disappointing draw at home to Borussia Dortmund, as they looked like struggling in Europe again as they had last season, though they earned a hard-fought 2-1 win away to Fulham in the league. Still, it was not until a 3-0 win over Sunderland in October that they managed to keep their first clean sheet of the season, something that was a concern for City fans after their team had looked so hard to break down the previous year.

All in all, City were drawing too many games, and although they came from two goals down to draw 2-2 with Ajax, they looked dead and buried in the Champions League, casting doubt over Mancini’s future as the club’s owners were keen to see some progress made in Europe this year. As it happened, they finished bottom of their group, meaning they did not even enter the Europa League as they had last season.

Their form in the league wasn’t great either, as they followed a 5-0 thumping of Aston Villa with disappointing draws with Chelsea and Everton, and were then beaten in a crucial game with Manchester United, who won 3-2 at the Etihad Stadium with a last-minute winner from none other than Robin van Persie, who was indeed making a huge difference in the title race, as his goal put six points between league leaders United and City, giving Mancini’s side a real uphill task to retain their title even before the half-way point of the season.

City bounced back with wins over Newcastle and Reading, though they simply could not find enough consistency as they were then beaten by Sunderland, whose winning goal came from former City star Adam Johnson, who had just left the club that summer. With his replacement Scott Sinclair hardly featuring for the first team, this looked like one of many poor decisions made by Mancini in pre-season.

They then went on a decent run of four straight league wins, also beating Watford in the FA Cup during this run, claiming an impressive 2-0 away win at Arsenal along the way. January also marked the farewell of eccentric star Mario Balotelli, who had been having a poor season and was finally shown the door after a training ground bust-up with Mancini. The talented Italian had left City fans with some great memories, but was ultimately more trouble than he was worth with his antics on and off the pitch. He returned to Serie A with AC Milan for around £19million, though City perhaps made a mistake in not replacing him that winter.

Their run of wins was brought to an end by a disappointing 0-0 draw with the league’s bottom side QPR. They then drew 2-2 with Liverpool and lost 3-1 at Southampton to truly end their title hopes for the season, leaving only the FA Cup to challenge for, which they did, as they beat Stoke,Leeds and Barnsley to progress to the semi-finals.

Wins over Chelsea and Newcastle repaired some of the damage in the league, and they even won at Old Trafford, though a late Aguero goal against rivals United did not look like making a difference in the title race, as Sir Alex Ferguson’s side were still 12 points ahead even after this morale-lifting derby result.

City followed up their United win by booking their place in the FA Cup final, beating Chelsea 2-1 thanks to goals from Samir Nasri and Sergio Aguero, giving a disappointing season some renewed hope as the end of the campaign approached.

They beat Wigan in the league in a warm-up for the FA Cup final, as it was confirmed it would be the Latics they would meet at Wembley, though they capitulated to lose 3-1 at Tottenham despite taking a 1-0 lead. They won games against West Ham and West Brom to make second place safe, though a shock 1-0 defeat to Wigan in the FA Cup meant the season finished trophyless, and Mancini was sacked just days after this humiliation.

Assistant manager Brian Kidd was put in charge for the final two games of the season, as City beat Reading 2-0 and finished their season with a 3-2 home defeat to Norwich. Malaga’s Manuel Pellegrini was already reported to have held talks with the club to replace Mancini in the summer. 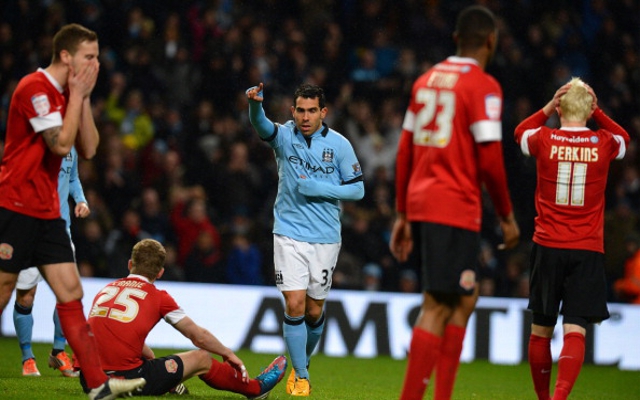 Although arguably no one stood out for City this season, Tevez showed a drastic improvement in form, scoring 11 goals and providing 8 assists, and generally playing with an energy and enthusiasm that his team-mates often lacked.

City fans were perhaps understandably disappointed with Nasri’s contribution in his first season at the club, following a big-money move from Arsenal, and he was even worse this time round, with just 2 goals and 7 assists all season, and a tendancy to go missing when it mattered. His season was summed up when he moved out of the way of Robin van Persie’s shot that saw them lose in the last minute to Manchester United.

Although second place and an appearance in the FA Cup final is more than many clubs can dream of, City simply had to do better with this star-studded team. Mancini may have not managed to make the signings he wanted, but the money he spent was still spent badly and he should have been able to get more out of these talented players anyway. Despite finishing second, they were never truly in the title race, and losing to Wigan in the FA Cup is inexcusable, given that this poor side was relegated from the Premier League just days afterwards. They were also dreadful in the Champions League, failing to win a single game, even if they did find themselves in a difficult group.