After surpassing all expectations in 2011/12 with an incredible 5th place finish, Newcastle’s main hopes for the summer would be keeping their star players. The likes of Demba Ba, Papiss Cisse, Yohan Cabaye and Hatem Ben Arfa had been excellent the previous season and were all eyed up at some stage by the likes of Arsenal, Manchester United and Chelsea. No offers came in, and it was a quiet transfer window in general as only the signing of Vurnon Anita from Ajax for £6.7million was at all noteworthy.

The Magpies started brightly in the Premier League, beating Tottenham 2-1 at St James’ Park on the opening day of the season. Demba Ba opened the scoring with a wonder goal, showing his best return to form, and it looked like an important result in what Newcastle fans were hoping would be another push for fourth place. 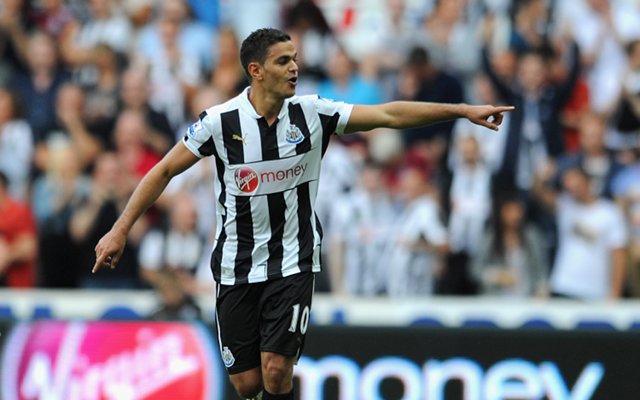 However, they lost their next game 2-0 away at Chelsea, and only a Ben Arfa screamer helped them snatch a draw at home to Aston Villa. They then got a respectable draw at Everton and beat Norwich at home before exiting the Capital One Cup to Manchester United in the opening round.

There was not yet any major cause for concern, as Alan Pardew was rewarded with his fine work at the club with an incredible eight-year contract. Many saw this as surprising, given Newcastle’s record of going through managers quickly, but many were pleased to see them sticking with someone who looked to really be taking them forward.

However, things soon turned sour. The club were beaten easily at home to Manchester United by a 3-0 scoreline, and they followed this up with draws at Sunderland and Liverpool, with a win over West Brom sandwiched in-between. However, after victory over the Baggies they embarked on a terrible run of form, losing ten out of their next fourteen league games, finding themselves in a surprise relegation battle, though many still thought they were too good to go down.

They started this run with consecutive home defeats to West Ham and Swansea, and then consecutive away defeats to Southampton and Stoke. They stopped the rot with a 3-0 win at home to Wigan, and were then somewhat unfortunate in defeats to Fulham and Manchester City. They also gave Manchester United a real scare at Old Trafford, taking the lead three times only to lose 4-3 late on, showing perhaps that luck just wasn’t on their side this season. However, they were then thrashed 7-3 by Arsenal and exited the FA Cup after a surprise 2-0 defeat to Championship side Brighton.

There was a further flow for them in January as leading scorer Demba Ba left the club for Chelsea, who activiated a £7million minimum release fee clause in his contract. Papiss Cisse’s form had somewhat deserted him, and Ben Arfa and Cabaye had struggled with injuries, but it was no surprise to see at least one of their star players leave, as Ba had certainly been their stand-out performer so far for the campaign, with 13 goals. Newcastle spent heavily in the January transfer window to give themselves an improved chance of avoiding relegation. They continued to look to France for young talent, bringing in the likes of Mathieu Debuchy, Yoan Gouffran, Mapou Yanga-Mbiwa and Moussa Sissoko, and spending £17million in all.

Their form improved slightly with four wins out of six, including an impressive comeback from 2-1 down to beat Chelsea 3-2, with Sissoko scoring twice in a terrific home debut for the club. They lost a close game against Spurs at White Hart Lane, but bounced back to beat Southampton 4-2 at St James’ Park.

However, after beating Stoke City 2-1 they only won two more games out of their final nine, making it a tense finish as relegation remained a genuine possibility until the final few weeks of the season. They were thrashed 4-0 by Manchester City before being knocked out of the Europa League after a decent run to the quarter-finals, where they lost 4-2 on aggregate to Benfica. A crucial late goal by Papiss Cisse gave the Magpies a win at home to fellow-strugglers Fulham, but they were stunned in their next game as Sunderland won 3-0 at St James’ Park, their first home defeat to their local rivals for 13 years, and coming at a time when both were staring relegation in the face.

They responded with a decent point away to West Brom, but were humiliated at home once again in their next game as Liverpool ran riot with a 6-0 win at St James’ Park, putting Alan Pardew under real pressure.

Luckily, a draw at West Ham and a win at Queens Park Rangers did the trick, as did results elsewhere, and Newcastle could go into their final game of the season knowing they were safe. Pardew earned some criticism at this point by saying he didn’t care if his side lost 4-0 to Arsenal on the final day now that they knew they were staying up. In the end they were beaten 1-0 by the Gunners, which meant the visitors celebrated finishing fourth, while they ended the season with a final position of 16th, just five points from safety. 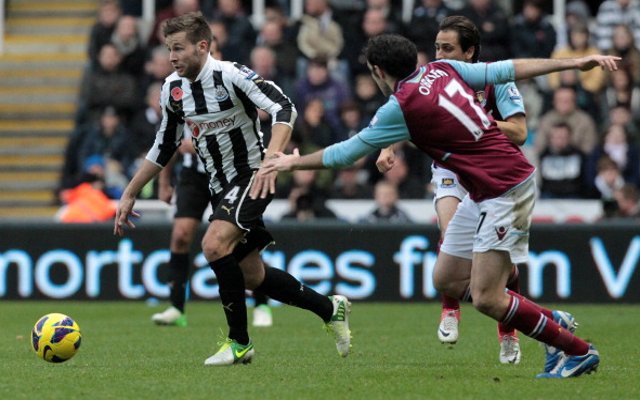 Although perhaps not as influential as in his first season, Yohan Cabaye still impressed in Newcastle’s midfield, showing an eye for a pass as well as the occasional wonder goal. They may struggle to keep him after their poor season, and there’s no doubt his talent would be welcomed elsewhere. Special mention must also go to Demba Ba, who was the club’s top scorer even though he left half way through the season.

As he was their only major signing of the summer, Anita was quite a disappointment. The midfielder may still be settling into English football, but he made little impact from midfield either defensively or in attack, though it must be said he was surrounded by many off-form team-mates as well throughout the campaign.

A very poor season from Newcastle considering the performances last year and the players at their disposal. They were unlucky with injuries at points, but they had enough in their locker that meant they shouldn’t be scrapping it out with sides at the bottom half of the table. Pardew’s eight-year contract may have been a little premature and he will now be under a lot of pressure to improve things for next season.