Many predicted a difficult second year in the Premier League for Swansea. For starters, theere was surely no chance they could improve on 2011/12, their first season after gaining promotion, in which they played some of the best football in the league and finished in an incredible 11th place, at no point being worried by relegation. Secondly, their impressive form had attracted bigger clubs to both their manager Brendan Rodgers, who was appointed as Kenny Dalglish’s replacement at Liverpool, and their best players; Joe Allen left to join Rodgers at Anfield, and Scott Sinclair was signed by Manchester City.

It wasn’t all doom and gloom though, as the club landed themselves a big-name appointment as manager in Michael Laudrup. The Dane was a lagend in his playing days, representing Real Madrid, Barcelona and Juventus, and was making a name for himself as a coach as well, with decent spells in Spain and Russia. 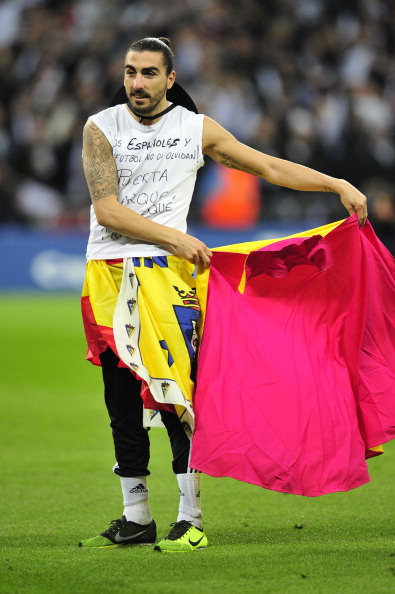 He used his knowledge of Spanish football to bring in two bargain purchases. First, defender Chico Flores joined for £2million and was followed by prolific attacking midfielder Michu for another £2million. Pablo Hernandez was a major coup from Valencia for £5.5million, and Villareal attacker Jonathan de Guzman joined on loan.

The Swans were out to prove their critics wrong, and made pre-season worries over their safety look way off the mark with a thumping 5-0 opening day victory away to Queens Park Rangers, who, by contrast, were expected to challenge for Europe after spending vast amounts in the summer. New signing Michu was off the mark quickly with a goal after just eight minutes, and a second in the 53rd. Danny Dyer added two more and Scott Sinclair, still at the club, scored on his final appearance for the team to complete a resounding scoreline.

They won again in their next game, beating West Ham 3-0 at the Liberty Stadium with Michu again impressing, and they won agains Barnsley in their opening game of the Capital One Cup. They could then only draw with Sunderland at home, and lost two on the bounce to Aston Villa and Everton. However, they continued to progress in the League Cup with a 3-2 win over Crawley.

They were somewhat inconsistent, losing to Stoke, drawing with Reading, beating Wigan and then losing again to champions Manchester City, but they produced a memorable performance as their fine form in the Capital One Cup continued with a 3-1 win against Liverpool at Anfield, a result that piled the pressure on their old boss Rodgers.

They then went six games unbeaten in the league, earning a good draw with Chelsea and winning memorably against Arsenal at the Emirates Stadium, with Michu netting two late goals to continue his remarkable rise in the Premier League.

The Swans were on the wrong side of a crazy game against Norwich, in which the visitors emerged 4-3 victors, and though they lost a second league game in a row away to Tottenham, they booked their place in the Capital One Cup semi-finals with a win over Middlesbrough, setting up a tough-looking draw with Chelsea.

Laudrup’s side then went five games unbeaten in the league, though four of those were draws, but their main concern was now the prospect of a cup win, as they put themselves in a brilliant position for silverware by beating Chelsea 2-0 at Stamford Bridge in the first leg of the Capital One Cup semi-final. They exited the FA Cup to Arsenal shortly afterwards, but followed that up with a win over Stoke in the league and went into their second leg clash against Chelsea in confident mood. The visitors were determined to put right the shock result in the first game and attacked a great deal, but Swansea held on for a 0-0 draw to secure a place at Wembley, where they would be favourites to win against League Two side Bradford, who themselves had made an incredible run to the final, beating some big names along the way.

Their league form suffered a bit as they were beaten 1-0 by West Ham and then thrashed 5-0 by Liverpool at Anfield, but they immediately handed out a 5-0 hiding of their own against minnows Bradford in the Capital One Cup final, claiming the first piece of silverware in their 101-year history – a fantastic achievement for Laudrup and his talented side.

Perhaps suffering something of a cup-win hangover, Swansea’s form for the rest of the season was very poor, as they only won two more games in the Premier League. However, their early-season form was so good that there was no fear of a relegation battle. They beat Newcastle but then lost three in a row to West Brom, Arsenal and Tottenham. They didn’t win again until May when they were 3-2 victors away to Wigan, and were disappointing in a final day 3-0 defeat at home to Fulham, though their excellent start to the campaign meant they still secured a top-half finish, ending in 9th place in the Premier League. 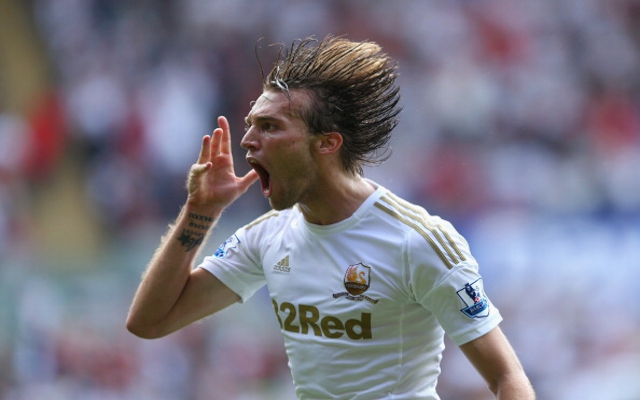 It’s an easy answer, the Spanish striker has been a revelation since his £2million move from Rayo Vallecano, and will be leaving many clubs scratching their heads at missing out on him. The 27-year-old started out in midfield but his lethal finishing led to him playing upfront and finishing as the club’s top scorer with 22 goals. The likes of Arsenal and Atletico Madrid are now keen on signing him, and the Swans would certainly sell him for a healthy profit again as they did with their stars last summer, who it must be said were not at all successful after leaving the Liberty Stadium – perhaps something worth thinking about for Michu?

He’s not a regular, so it’s not altogether important, but the club could ideally do with better backup than Luke Moore, who only managed 3 goals all season and is simply not a player good enough for this level.

It’s perhaps a generous grade for a mid-table side, but for a club of Swansea’s size to be so comfortable in the Premier League and bringing home silverware is fantastic, all the while playing some great, entertaining, attacking football and winning the hearts of neutrals. Laudrup and many of their players will be linked with moves away now, though it’s hard to see why anyone would want to leave this club that is so much on the up.