After an excellent 10th place finish in 2011/12, West Brom were dealt the blow that manager Roy Hodgson would be taking over from Fabio Capello to take charge of the England national team. As Hodgson took the Three Lions to Euro 2012, the Baggies were left to search for a replacement.

They made what seemed like a slightly risky appointment as they offered the job to Steve Clarke, who had just left Liverpool as assistant manager to Kenny Dalglish. Clarke was highly experienced and an important part of Chelsea’s success under Jose Mourinho in particular, but this was his first full time role in management.

The first piece of business was to make goalkeeper Ben Foster’s loan move permanent, and he joined the club for £4million after being voted their best player the previous year. Claudio Yacob and Markus Rosenberg were brought in on free transfers, and promising young Chelsea striker Romelu Lukaku was brought in on a season-long loan, completing a fine summer of business for the new boss. 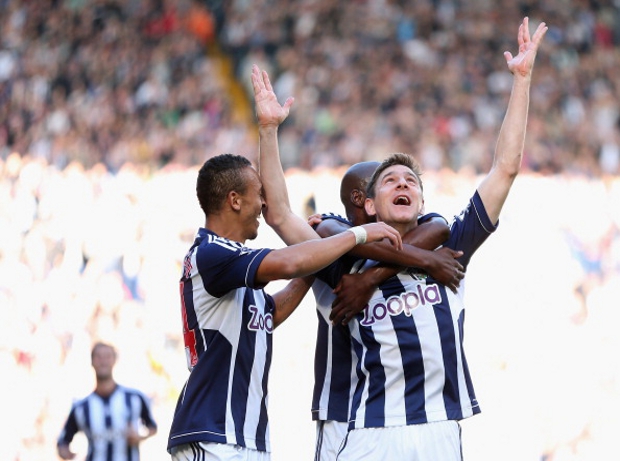 However, no one could have predicted what a superb start the Baggies would make to the new campaign. A tricky opening day fixture at home to Liverpool turned out to be a comfortable 3-0 win, with an excellent strike from Zoltan Gera to open the scoring, and further goals from Peter Odemwingie and debutant Lukaku – Shane Long could even afford to miss a penalty. In their second game, the Baggies again did well against tough opposition, scoring a last minute equaliser through James Morrison to hold Tottenham to a 1-1 draw at White Hart Lane.

Their unbeaten start continued with a 2-0 home win over Everton, though they had a bad day in a 3-0 away defeat to Fulham, where they were forced to play with ten men for much of the game after Odemwingie’s sending off. They bounced back with a 1-0 win over Reading at the Hawthorns, but were knocked out of the Capital One Cup to Liverpool.

They went on a strong run of form though, as they lost just twice in eight games, one of those being an unfortunate late defeat in a tight game at home to champions Manchester City. However, they bounced back with four league wins in a row, which included superb displays to beat Chelsea 2-1 at the Hawthorns and Sunderland 4-2 at the Stadium of Light. They were then beaten in three consecutive games, which concluded with a very harsh loss away to Arsenal, in which the Gunners were given two soft penalties to win the game 2-0. Despite the slight loss in form, the Baggies were still looking very much safe in the top half of the table.

Clarke’s side bounced back with a draw against West Ham and wins over Norwich and Queens Park Rangers, though they were later knocked out of the FA Cup in the third round to the latter, marking a second early and disappointing exit from both domestic cup competitions. They were also disappointed in January with key striker Odemwingie’s attempts to force a move to QPR, who were struggling with relegation but offering more money than West Brom. In the end he was forced to stay, but was disciplined by Clarke and barely used again for the remainder of the season, despite issuing a public apology to his team-mates and the club’s fans.

The Baggies’ form was worse in the second half of the season, as they started the year with a six-game winless run, which included defeats to struggling sides such as Reading and Fulham, though that poor run was halted as they won two in a row. First, they completed the double over Liverpool and won at Anfield for a second season in a row. Two goals in the last ten minutes from Gareth McAuley and Romelu Lukaku gave West Brom the unlikely victory after a resolute defensive display. Lukaku was again the hero in the next game with two goals at home to Sunderland in a 2-1 win.

They then lost a close game away to Chelsea, beaten 1-0 by a Demba Ba goal at Stamford Bridge, and responded with a 2-1 home win against Capital One Cup-winners Swansea City. However, they ended the season poorly with just one win in their final nine Premier League games. That solitary win was a 3-0 over nine-men Southampton at St Mary’s, but they were otherwise poor as they lost to the likes of West Ham and Wigan, as well as a 4-0 thrashing at the hands of Norwich in the penultimate game of the campaign.

The season ended with a bang, however, as West Brom welcomed Manchester United to the Hawthorns for legendary manager Sir Alex Ferguson’s final game in charge of the club. Fittingly, they played out a thriller, though Clarke’s side did well to spoil the leaving party for Ferguson with a superb comeback to draw 5-5. United had led 3-0 and then 5-2, and though it was not the most important game for either side, West Brom showed great quality and character to earn a result, with Lukaku netting a superb hat trick on his final game before the end of his loan with the club. They finished the season in 8th, their best-ever Premier League finish and record points tally of 49, with 14 wins. 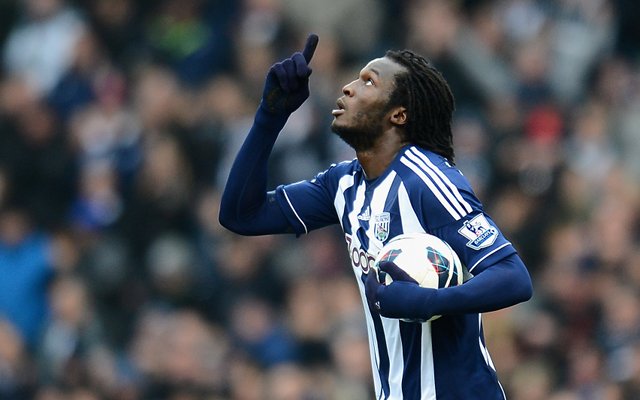 The young Belgian striker was an excellent acquisition on loan and West Brom will be gutted not to be able to keep him. The Chelsea man helped fire the club into the top half of the table with 17 league goals, establishing himself as a great prospect for the game. His form will surely make him first choice for Chelsea next season.

The free transfer from Werder Bremen looked like a good piece of business, though the Swedish striker failed to score a single goal for the club this season, which certainly makes him a failed signing. He will surely be moved on now after clearing failing to settle in English football.

A very positive season for a club that is now establishing itself as a safe mid-table team in the Premier League, after many years of going up and down between the top flight and the Championship. Their form in the second half of the season is a disappointment, as is their lack of progress in the cups, but with their promising young manager they look like they could really go places.