Arsenal are said to be in advanced talks with Chelsea over a proposed summer bid for striker Demba Ba.

CaughtOffside understands that newly appointed Blues boss Jose Mourinho is open to offers for the Senegal international, with the former Real Madrid boss looking to bring in two or more new striking talents. This coupled with his intention to welcome back Romelu Lukaku to the first team set-up following a successful loan spell at West Brom has left the 28 year old striker surplus to requirements at the West London club.

Arsene Wenger has previously been linked with interest in the Chelsea striker, with the Gunners boss attempting to land the forward before he moved to join the Blues in January, a move that has thus far proven to be something of a failure.

Rafa Benitez brought in Demba Ba after triggering his release clause but the former Magpies man has struggled for form after an initial burst of three goals in his first four matches for Chelsea.

Ba managed just three goals in his next 23 fixtures in all competitions and could well be on his way out as Mourinho looks to put his stamp on the squad he has inherited from interim boss Benitez. 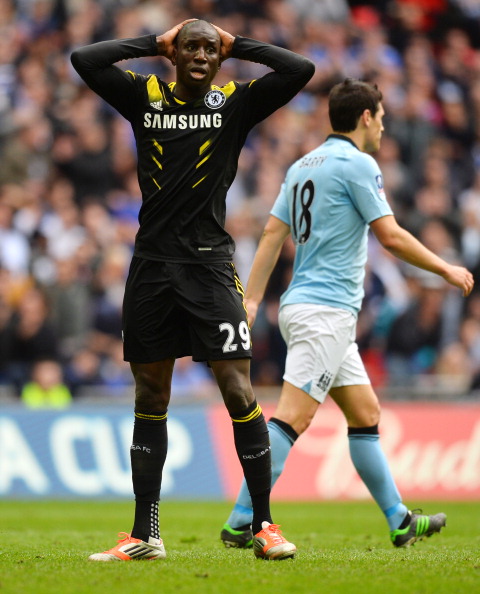 Wenger has been linked with a myriad of possible attacking additions with interest in big-name targets such as Wayne Rooney, Gonzalo Higuain and Stevan Jovetic said to be genuine. However the Arsenal manager may well opt instead to strengthen his attack with a move for Ba, a player with a proven Premier League goal-scoring record and an addition that won’t break the bank.

All in all a far more likely Wenger-style purchase.

Arsenal are reportedly ready to pay £9m for Ba, who cost Chelsea £7m just over five months ago, an acceptable level of profit for Roman Abramovich to bank and add to Mourinho’s transfer war-chest.

Arsene Wenger still backs Olivier Giroud and Lukas Podolski to continue their growth at Arsenal and as such may see Ba as effective support, whilst the pursuit of the likes of Rooney may well leave those in his squad considering their futures.

Though there has been much talk of Wenger being handed a massive summer transfer fund it is very much against his nature to spend big just for the sake of it and given his previous interest in Ba there is every chance he will hope to secure the Chelsea man to beef up his attack.

Prior to his poor spell at Chelsea Ba managed a very laudable seven goals in 12 Premier League matches for West Ham and then 29 goals in 54 appearances for Newcastle United.