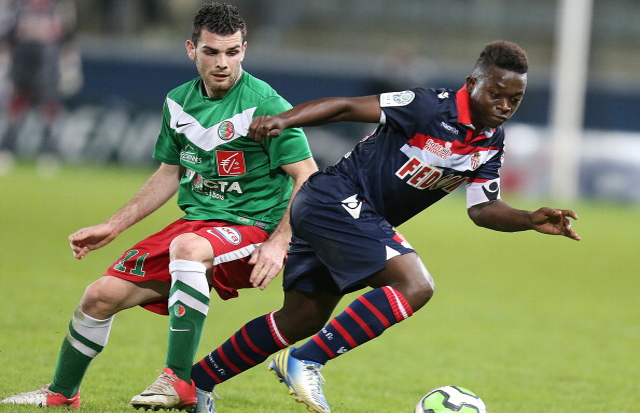 Old Trafford side close in on Monaco midfielder.

Man United are reportedly closing in on a deal to sign highly rated AS Monaco youngster Nampalys Mendy according to French source LeSport10.

With a raft of big names joining the newly promoted Ligue 1 side it seems that one player going the opposite direction is the young defensive midfielder, who has opted to not sign a new deal and is said to be in advanced talks with Man United about a free transfer move this summer.

Pint sized midfielder Mendy has been at Monaco since the age of 15 and is on the fringes of the senior French national team after a superb season with Monaco, during which the youngster started 31 of the club’s 38 Ligue 2 fixtures.

Claudio Ranieri is no doubt keen to keep hold of the midfielder but it appears Man United could well have turned his head towards an Old Trafford switch.

Mendy has talked up his summer move stating;

“I agreed with the club where I’m going, but I will not say anything before the holidays.”

David Moyes may well feel the need to bring in an out an out defensive midfielder as arguably he doesn’t have one in his Old Trafford armoury.

Some may wonder if Mendy is ready to make the step up from Monaco to Man United but given the 20 year old wouldn’t cost a penny it seems like a gamble worth taking, especially if Moyes feels the youngster had the potential to make a name for himself.

With Paul Scholes bowing out of the game and Anderson struggling for form there is scope for a midfield signing, not least because Darren Fletcher is still recovering from long term illness.