Vitesse Arnhem youngster on his way to Stamford Bridge.

His form helped propel Vitesse to their best season in 15 years and gained him a lot of plaudits and seemingly set to complete a move to Stamford Bridge to become the first signing of Jose Mourinho’s second spell in charge of the Blues. 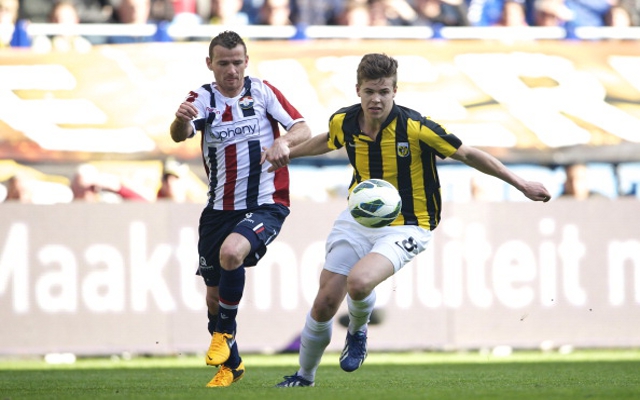 Van Ginkel has represented Vitesse Arnhem since the age of seven and with a deal now agreed between the two clubs there is just the small matter of personal terms to be reached but one would imagine that such a deal would not have much in the way of an obstacle.

Marco Van Ginkel is currently in Israel competing in the European Under 21 Championships.

Roman Abramovich financed extensive moves last summer to sign a raft of youthful talents, including the likes of Oscar, Eden Hazard, Victor Moses and Cesar Azpilcueta and it seems entirely plausible that this summer, whilst sure to see Chelsea spend big on a ‘Marquee’ signing or two, the Russian billionaire will look to bring in a smattering of young additions.