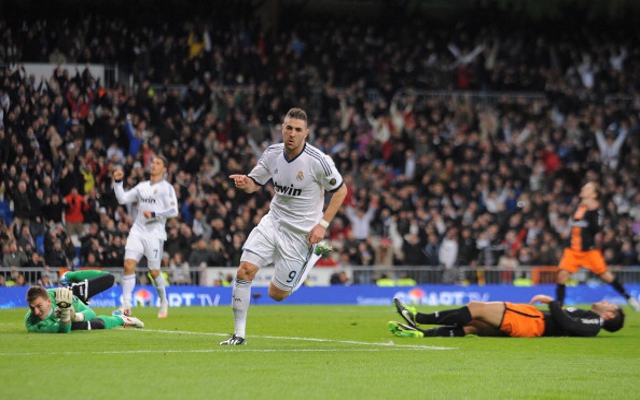 Real Madrid striker Karim Benzema is not interested in a move to Manchester United, saying he has no plans to leave the Bernabeu this summer, talkSPORT reports.

The 25-year-old’s future has come under some speculation after a difficult season with Real Madrid. The club had several struggles on the pitch, leading to many of the team’s big players being in and out of the side.

The likes of Gonzalo Higuain, Luka Modric and Angel Di Maria have also been linked with moves away this summer, but Benzema insists he will not be one heading for the Bernabeu exit.

Manchester United had reportedly lined up the former Lyon star as a replacement for Wayne Rooney if he leaves the club, though they may now have to turn their attention elsewhere as Benzema remains committed to Real, despite their plans to bring in a host of new attacking talent this summer.

The likes of Gareth Bale and Luis Suarez could be joining the club, leading to an increase in competition upfront, but Benzema says this doesn’t concern him.

“No, I’m not worried at all [about competition],” he said. “Of course I’m staying. I’m happy at Real Madrid and I’m not going to leave.”

Real Madrid have said that no major decisions on players going in or out will be made until they appoint their new manager, which is expected to be PSG’s Carlo Ancelotti.