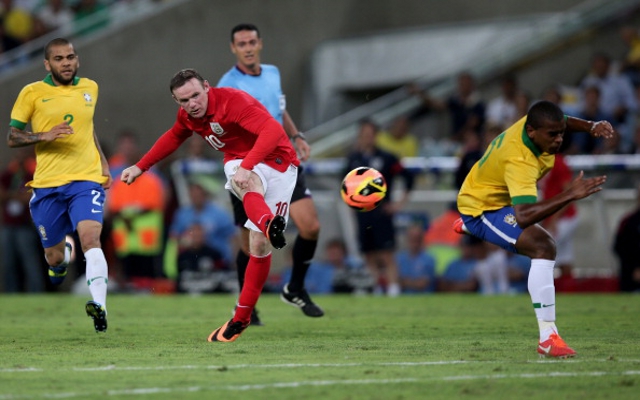 Chelsea’s hopes of landing Manchester United striker Wayne Rooney have been dashed, as the Daily Mail claims United have said they won’t sell to a rival.

The 27-year-old is unsettled at Old Trafford after supposedly submitting a transfer request towards the end of the season, which has seen him linked with a host of big clubs around Europe.

The likes of Real Madrid, Barcelona and PSG have all shown a strong interest, as have United’s Premier League rivals Chelsea, Manchester City and Arsenal.

Chelsea’s new manager Jose Mourinho even hinted that he would be interested in making an approach for Rooney, but it has emerged that if Rooney does leave it will be for a move abroad.

Rooney himself has denied that he asked to leave United, and could still stay at the club if talks with new manager David Moyes go well. The England international previously played under the Scot at their former club Everton, before he made a £28million move to United in 2004.

Rooney has scored 197 goals in 400 appearances for the club, though he only managed 16 this season after often being out of the team or played out of position.