Manchester City’s Vincent Kompany has risen to be one of the best defenders in the world in the last few years, establishing himself as one of the few bargain buys of this new era of success at the Etihad Stadium.

The Belgian joined City from German side Hamburg in 2006 for just £6million, and is now a Premier League champion, club captain, and winner of the 2012 Premier League Player of the Season award, an accolade more often reserved for attacking players.

Kompany started his career at Anderlecht, making his breakthrough in the first-team in 2003/04 when he was just 17, and was regarded as one of the most exciting defensive prospects in Europe, being voted Belgian Young Player of the Year in 2004 and 2005. Injuries halted his career slightly, but his impressive displays in his second season at Hamburg in 2007/08 saw him back on the radar of several top clubs again, leading City to make a move with their new-found wealth. He initially was a little slow to adapt, partly due to being played in a variety of positions such as midfield and right-back, before finally establishing himself in his preferred position in central defence. 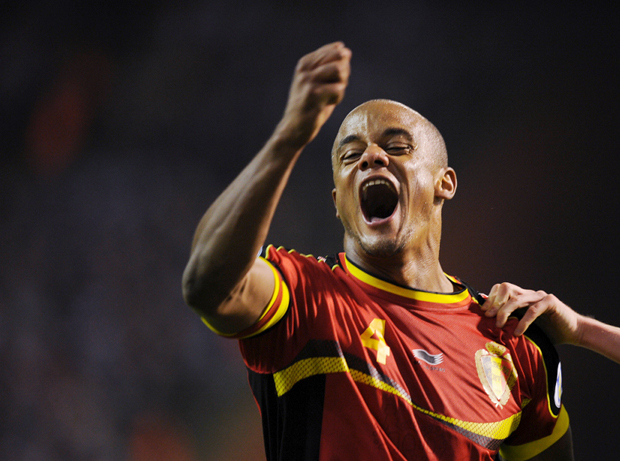 In the 2011/12 season Kompany was made club captain by manager Roberto Mancini, and he grew into the role quickly, leading the team to the Premier League title with his inspirational performances, even netting a crucial winning goal against rivals Manchester United along the way.

As well as his excellent on-pitch displays, Kompany is a popular figure in the game as a whole due to his professional and humble manner, always coming across well in interviews and showing a winning mentality that makes him an obvious choice for the captaincy of this star-studded team.

The 27-year-old is also the captain of the Belgian national side, and is one of many of this generation of talented Belgian players, many of whom are also playing in the Premier League. Although he is committed to Manchester City, his fine form has seen him linked strongly as a target for Spanish giants Real Madrid and Barcelona, and there’s no doubt he would be an excellent addition to any team in the world with his defensive and leadership qualities.

Manchester City are lucky to have him, and in an era of questionable behaviour from over-paid celebrity-figure footballers, Kompany is a breath of fresh air, and worthy of his place among the best players in the world.