Chilean midfielder Arturo Vidal is finally starting to gain some much-deserved recognition after a slow but steady rise to the top over the last few years.

The 26-year-old started his career in his native Chile with Colo-Colo, and made the move to Europe at the age of just 20 when he joined Bundesliga side Bayer Leverkusen in 2007. He was slow to settle in Germany, but after a fantastic fourth season with the club, his 13 goals from midfield attracted attention from big names such as Bayern Munich.

In the end though, he joined Italian giants Juventus for £9million, which looks like a bargain now that he is being linked with moves to the likes of Real Madrid, Manchester United and Manchester City for closer to £25million. This superb all-round midfield player seems to have it all, starting his career as more of a defensive player, and now playing a more attacking role for the Italian champions, scoring 15 goals and providing 10 assists for the club this year as he played a crucial part in their second Serie A title win in a row. 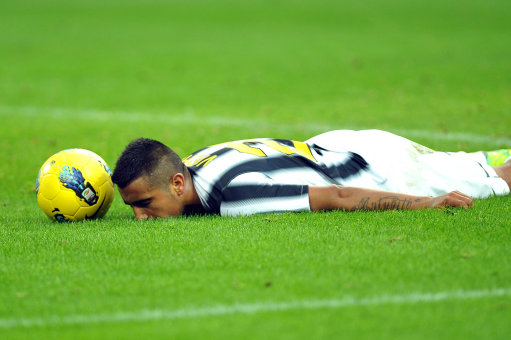 Vidal is a tough-tackling player, but also very gifted technically, and is known for his range of passing and accuracy in finding his team-mates. United see him as a good candidate for a long-term replacement for Paul Scholes, though he has said he is happy to stay at Juventus for now. That shouldn’t stop the big offers coming in for him though.

He has nearly 50 caps for Chile and is his country’s most expensive player of all time, and at 26 there is still plenty more to come from him, as he continues to grow into one of the best midfielders in the world. He is still somewhat under-rated, but continued success with Juventus, particularly if they can put in a better challenge for the Champions League, should elevate his status, as perhaps would a move to one of the aforementioned clubs.

In fairness, playing alongside the likes of Andrea Pirlo and Claudio Marchisio means you might not get noticed as much, but make no mistake – Vidal has been as essential to Juve’s recent success as they have.