One of many of this talented generation of Belgian players is Jan Vertonghen. The 26-year-old was wanted by Arsenal last summer before he made a keenly-anticipated move to Tottenham from Ajax.

At Ajax, Vertonghen developed into one of the most highly-rated defenders in Europe, showing a typical Ajax quality in being comfortable in numerous areas all around the pitch, though he was mostly used in defence as a centre-back. His fine leadership qualities also made him the obvious choice for club captain.

Still, as well as his defensive and leadership qualities, he showed great ability as an attacking outlet for the team, scoring 18 goals in his last two seasons with the club, and he took this prolific form with him to White Hart Lane, scoring seven times form the back in his first season at the club, including memorable strikes in big games against Liverpool (twice) and Manchester United. His reputation has continued to rise as he was firmly one of the best performers in the Premier League in 2012/13. 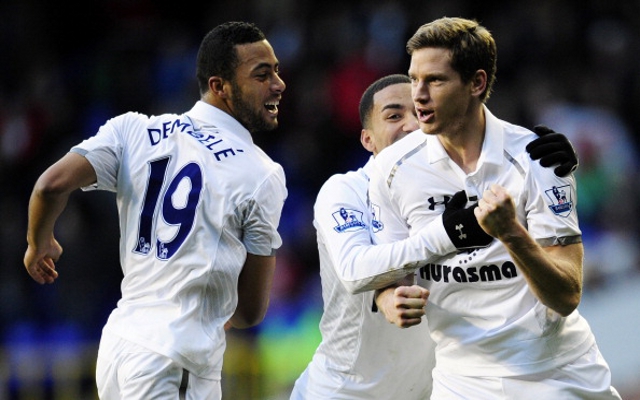 Manchester City were close to signing him while he was at Ajax, and his form this season has attracted interest from Barcelona. Although he will be in no hurry to leave Spurs immediately, he will surely feel he is capable of playing at a higher level if Spurs continue to miss out on qualification for the Champions League. A talent like him should be playing on the biggest stage, and he will surely do so at some point.

Vertonghen’s all-round ability on the pitch has shown that ‘total football’ is alive and well in Holland, and he is a great example of a top class defender that has been somewhat lacking in recent years. Not since the likes of Paolo Maldini and Fabio Cannavaro have there been many great centre-backs worth raving about, but Vertonghen looks well on his way to becoming one of them.

Partnering another great defender Vincent Kompany for Belgium should also give their team a great chance at next summer’s World Cup, as there are few better pairings around at the moment – and that’s without even taking Thomas Vermaelen into account.