Arsenal completed one of the signings of the summer last year with the unexpected deal for Malaga star Santi Cazorla for a fee believed to be around £15million – an absolute steal for a player of his quality.

The Spaniard settled quickly in England, becoming one of the best players in the Premier League in his first season, with an impressive tally of 12 goals and 16 assists in all competitions.

Combining pace, skill and creativity, Cazorla seems to have a bit of everything, and has spent his career playing in a variety of attacking midfield roles for club and country. He first emerged as a top talent during his time at Villareal, earning a call-up to the senior Spanish squad in 2008. After 26 goals and 26 assists in four seasons with Villareal, he made a big-money move to Malaga, playing under his old boss Manuel Pellegrini. His reputation was enhanced further in his single season with the club, where he managed 9 goals and 5 assists to help the club to a Champions League place. 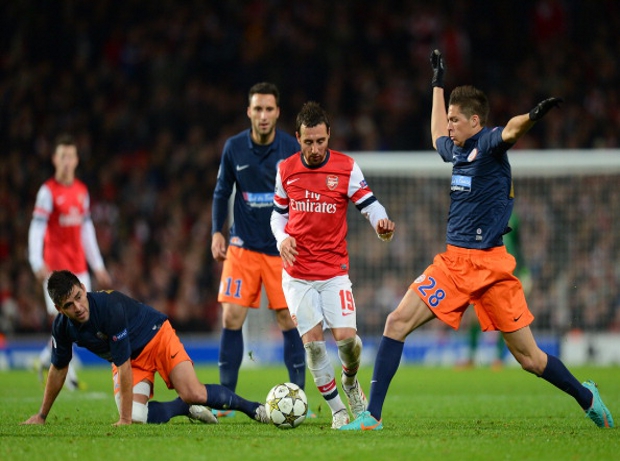 The surprising thing is that no other clubs came in for him when Arsenal made their offer last summer, as they signed this top talent relatively unchallenged. He has slotted in perfectly at the Emirates Stadium, looking ideal in their attacking and technical game, and scoring some memorable goals against West Ham and Tottenham, as well as the first hat-trick of his career in a 5-2 win at Reading.

If not for the amazing competition ahead of him in the Spanish national team, he would surely be a star on the international stage as well. Still, he has done well to reach 52 caps for Spain, scoring 8 goals, and could still force his way into Vicente Del Bosque’s plans with his performances for Arsenal, as he was statistically better than David Silva and Juan Mata in many areas this season. With his ability to influence a game with his passing, dribbling and shooting, there are few better at causing opposition defenders a variety of problems and creating chances for team-mates.

If Arsenal are to end their eight-year wait for silverware, one feels Cazorla is likely to be a key player in their quest, and it would be great for neutrals to see him play with even better players if the Gunners can sign them. At 28 years of age, it’s surprising that the Spaniard has never won anything at club level, and it would be a terrible shame if it continued that way for this top, top performer.