Petr Cech looked like a star in the making ever since first appearing as a youngster for Sparta Prague. At the age of just 19 he broke the record for longest time without conceding a goal in Czech league history, stretching his run to 855 minutes.

His fine form quickly attracted interest from the likes of Arsenal, though due to problems obtaining a work permit he instead joined French Ligue 1 side Rennes, and furthered his development there, though he only remained with them for two seasons before moving to Chelsea for £7million as one of the early major signings by Roman Abramovich.

Cech was the club’s most expensive goalkeeper of all time when he moved to Stamford Bridge, and was immediately made number one by manager Jose Mourinho, keeping out the more experienced and established Carlo Cudicini. His first season with the club was fantastic, as he formed part of a rock-solid Chelsea defence that only conceded 15 goals on the way to winning the Premier League title. During this run he also went a record 1025 minutes without conceding in the league, though this record has since been eclipsed by Manchester United’s Edwin van der Saar. 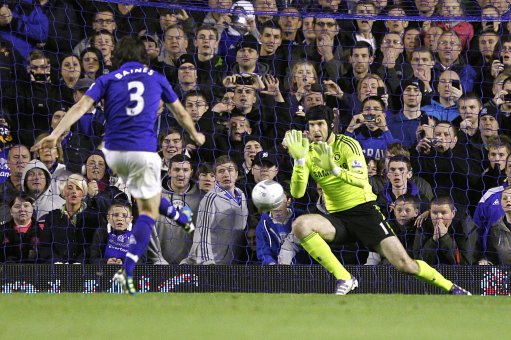 Cech was voted the world’s best goalkeeper in 2005, and maintained his excellent form as he won another league title with Chelsea. He has continued to be the club’s undisputed first choice for many years and is up there with Iker Casillas and Gianluigi Buffon as the best goalkeeper in the world.

His staying power is even more impressive considering the dangerous head injury he sustained in 2006 as a result of a horror challenge from Reading’s Stephen Hunt. Doctors said at the time that he was lucky to be alive and it looked like he might not play again, though he returned later that season and has worn a headguard in matches ever since.

The Czech Republic international is undoubtedly a Chelsea legend now, notching up 425 appearances for the club, keeping 142 clean sheets, and winning almost everything there is to win at club level. The 31-year-old is a three-time Premier League champion, and his heroics last season helped the team to an unlikely victory in the Champions League. He also has four FA Cups, two League Cups and the Europa League to his name, as well as 100 caps for the Czech Republic national team.

And there is still plenty more to come from Cech, as 31 is definitely young for a goalkeeper. He could still be around in ten years’ time, but even now he has already secured his place in the history books as one of the world’s best-ever goalkeepers.