Speculation growing that Old Trafford side can secure transfer coup of the summer.

Man United are stepping up efforts to pull off the transfer coup of the summer as representatives of the Old Trafford side enter into tentative negotiations with Real Madrid in ‘secret talks’ to re-sign Portuguese international Cristiano Ronaldo.

CaughtOffside understands that the Premier League title holders have been considering moves to re-sign the 28 year old for some months and continue to enlist the help of retired manager Sir Alex Ferguson to help secure a deal to bring in the Real Madrid star.

Though Real Madrid continue to claim that moves are ongoing to tie down Ronaldo to a new contract the player himself caused the La Liga giants a fair bit of embarrassment when he opted to publicly deny such talk, posting a status on his Twitter account leaving no doubt as to his stance on the issue, namely that no such talks were taking place.

This has left the Spanish side considering their options. Ronaldo has two years to run on his current contract and the value Real Madrid can secure from his sale is reducing day by day and re-elected president Florentino Perez now has to undertake a delicate balancing act of attempting to appease his prized asset whilst also thinking of the financial implications of his continued stance against signing a new contract.

A great deal of speculation has seen Ronaldo linked with interest from Ligue 1 big spenders PSG and Monaco but Man United strongly believe that if the Madeira born star is to leave Real Madrid then a move back to Old Trafford is his most likely next move. 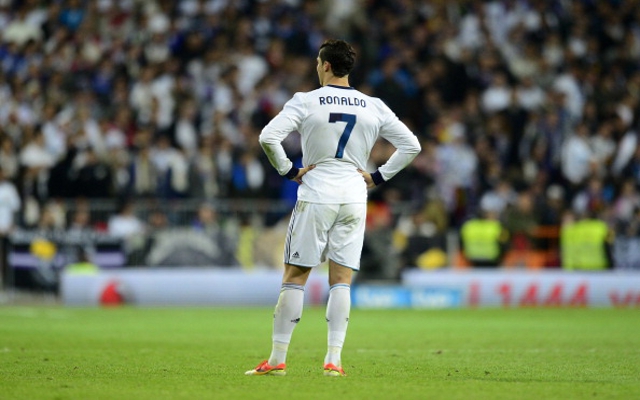 Having seen Sir Alex Ferguson leave the club Man United are keen to pull off a significant summer signing as a statement of intent, a push to show that the Premier League side have not lost any of their pulling power. This is perhaps all the more relevant given that Wayne Rooney is said to have made a verbal transfer request.

Man United are more than able to mount a mammoth offer that could tempt Real Madrid into cashing in on Ronaldo having further boosted their coffers in recent months with big money sponsorship deals sealed with both Aon and Nike. Indeed Nike are ready to assist the Premier League side’s advances to sign Cristiano Ronaldo, as the sportswear giants look to pair their prized playing asset with the club.

Any move would require something of a face-saving exercise for Real Madrid and as such Perez will demand £80m from Man United for Ronaldo, the same fee that the Spanish side spent in the summer of 2009, and a positive relationship between the two clubs could assist in such a deal becoming a reality.

Ronaldo has proven a massive success since moving to Real Madrid, scoring an astonishing 201 goals in 199 appearances. However from a silverware perspective things haven’t quite gone according to plan, with the attacker securing just one La Liga title and a Copa Del Rey success for his efforts.

Perez’s aggressive pursuit of Tottenham’s Gareth Bale could well have a major part to play in a deal being struck and should Real Madrid successfully snare the Welsh international then the club president will be all the more likely to sanction the sale of Cristiano Ronaldo back to Man United, again only doing so if the club banks at least £80m from the deal.