United to address problems in midfield and at left-back with three big names.

Manchester United manager David Moyes is closing in on three major signings to bolster the weaker areas of his squad, CaughtOffside understands.

For a combined fee of £42million, the new United boss looks set to land Leighton Baines, Kevin Strootman and Thiago Alcantara in an excellent venture into the transfer market. 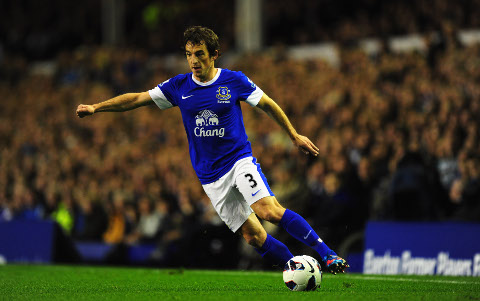 The Scot will take charge of his first season at Old Trafford after moving from Everton, and has made it a priority to bring one of his star players at Goodison Park, Baines, with him to his new club.

The England international should cost around £15million and would go straight into United’s starting lineup as an upgrade on current first-choice left-back Patrice Evra, who has become increasingly inconsistent and unreliable with age, and who could be sold back to former club Monaco this summer.

Baines was one of the best players in the Premier League in 2012/13, providing an effective attacking outlet for Moyes’ side, despite being primarily a defensive player. His crossing and shooting ability would go down very well at Old Trafford, where he should have even more freedom to bomb forward from the back. 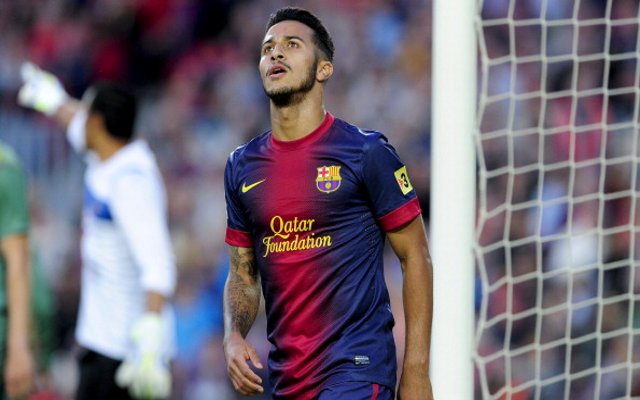 Moyes has also been keen to address his team’s midfield issues. Legendary playmaker Paul Scholes confirmed his retirement along with Sir Alex Ferguson at the end of United’s title-winning season, and the likes of Anderson and Tom Cleverley do not currently look like the ideal candidates to replace him.

This has led Moyes to act quickly and bring in two attack-minded mifielders in Strootman and Alcantara.

The former is a 23-year-old Dutch international, and will join from PSV for around £12million. He will likely play a slightly deeper-lying playmaker role for the Red Devils alongside Michael Carrick in the middle of the park.

The latter will play further forward, just behind the strikers, and looks a great prospect despite finding limited first-team opportunities at current club Barcelona. Alcantara has been with the club for his whole career since rising through their famed La Masia youth system, but has found it an understandable challenge to break past the world class trio of Xavi, Andres Iniesta and Cesc Fabregas. Still, he is more than capable of playing at the top level, and impressed United with his hat-trick in the final of Spain’s win at the European Under-21 Championships this summer.

The Spaniard will cost around £15million due to a release clause in his contract, and is said to be welcoming the opportunity to prove himself at the highest level.

Moves for all three are said to be close to completion, and will help ensure Moyes has a strong start to life at Old Trafford.