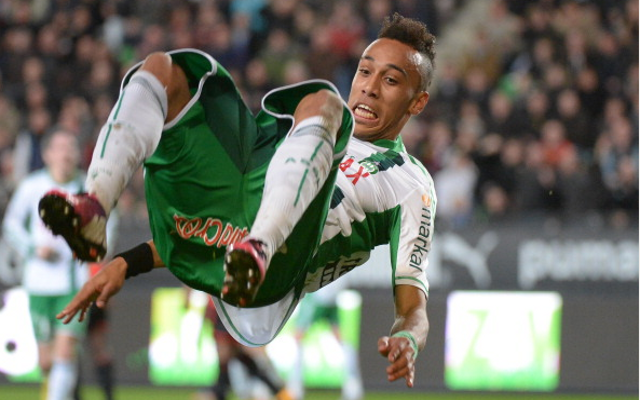 Newcastle United have set their sights on highly rated Saint-Etienne striker Pierre-Emerick Aubameyang according to the Evening Chronicle.

Magpies owner Mike Ashley is ready to back his boss Alan Pardew in the transfer market as he seeks to sign a fresh attacking option having failed to replace Demba Ba when he left the club for Chelsea in January.

Though Pardew has targeted Aston Villa outcast Darren Bent it appears that the St James’ Park side favour a move for Aubameyang, who had an excellent season in Ligue 1 last term, scoring 19 goals in and providing eight assist in domestic league action alone.

The 24 year old former AC Milan man may be interested in a move to the Premier League but is also being pursued by Borussia Dortmund and Roma.

Ashley may feel the need to calm the waters with Pardew after the controversial appointment of Joe Kinnear as Newcastle United’s director of football a move that then led to Derek Llambias resigning as managing director.

Newcastle United are no strangers to raiding Ligue 1 for new additions having brought in Mathieu Debuchy, Mapou Yanga-Mbiwa, Yoan Gouffran, Massadio Haïdara, Moussa Sissoko and Romain Amalfitano from the French top tier over the course of the last two transfer windows.

Man United 3-0 Saint-Etienne player ratings: Ibrahimovic gets a perfect 10 as his hat-trick fires his side to victory Feb 16 2017, 22:57
Manchester United FC

Pogba’s brother Florentin admits he wants transfer to England May 23 2015, 19:03
AS Saint-Etienne

Monaco coach and Argentine legend snubbed in Ligue 1 Manager of the Year shortlist May 5 2015, 11:44
AS Saint-Etienne