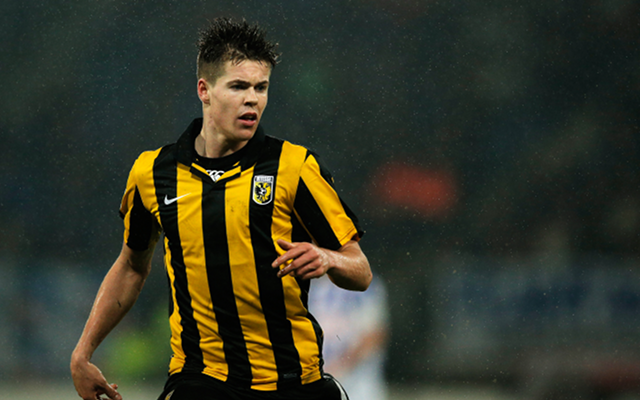 The Blues are closing in on a £9 million move for Marco Van Ginkel.

The midfielder has been watched by Manchester United during the European under 21 Championships in Israel, with manager David Moyes considering adding Van Ginkel to his new squad at Old Trafford.

However, it looks like Jose Mourinho will beat him to it after the Portuguese boss assured Van Ginkel that he would be playing regularly in Chelsea’s first team.

Dutch national coach Louis Van Gaal has told Van Ginkel that he needs to be playing regularly in order to force his way into his countries squad for next years World Cup and that was the only reservation that Van Ginkel had about joining Chelsea.

His current club Vitesse Arnhem look set to accept a £9 million bid for the Dutch midfielder and would rather he joined Chelsea and not rivals Ajax, who are also interested in Van Ginkel.

Ajax sporting director Marc Overmars recently said that the club had given up on signing Van Ginkel because they couldn’t compete with clubs playing in the Premier League and especially referred to Chelsea.