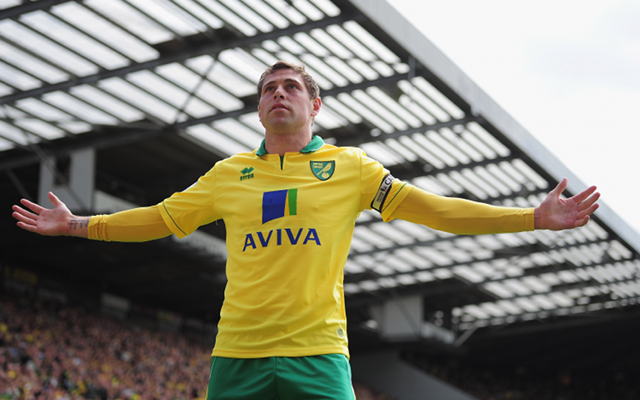 Holt expects to move away from Norwich this summer due to competition for places at Carrow Road.

Crystal Palace are set to bid £2 million for Norwich striker Grant Holt as they look for cover upfront due to Glenn Murray’s long injury lay-off, the Sunday People reports.

Murray suffered a serious knee injury during Palace’s play-off semi-final against Brighton and looks set to miss most of next season.

Murray is Palace’s star striker and was one of the major reasons why the club got promoted to the Premier League and boss Ian Holloway is desperate to find quality cover for the striker.

Holloway looks to have identified Holt as the man to do that and could be ready to step up negotiations with Norwich over the strikers transfer.

Holt is reportedly ready to move away from Carrow Road due to the club’s recent signings upfront.

Norwich have recently signed Ricky Van Wolfswinkel from Sporting Lisbon and are also interested in Ola Toivonen of PSV and Gary Hooper of Celtic.

With Norwich making moves to strengthen their striking options, holding down a place in the first team will be tough for Holt next season, meaning a move away from Norwich maybe more beneficial to him.