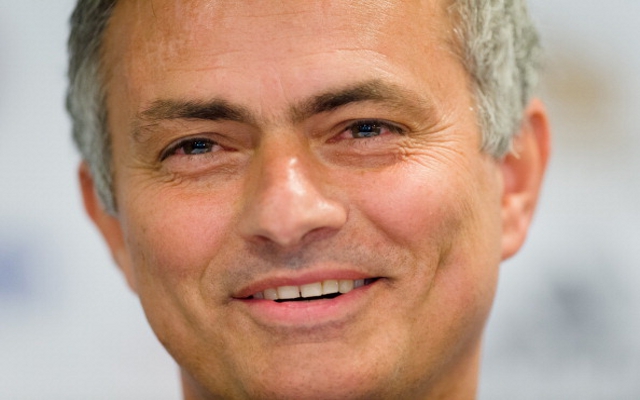 Stamford Bridge boss looks to make the most of striker’s uncertain futures at Anfield and Old Trafford.

CaughtOffside understands that the returning Stamford Bridge manager is keen to re-shuffle his attacking line-up and having brought in Andre Schurrle from Bayer Leverkusen is set to step-up efforts to bring in two further striking additions.

Whilst speculation has been rife of the West London club’s interest in Napoli goal machine Edinson Cavani it is believed that Mourinho is pushing for the acquisition of two proven Premier League goal-scorers. Jose Mourinho is keen to make the most of Wayne Rooney’s uncertain situation at Old Trafford, with the Man United striker said to be angered by suggestions, aired publicly by Sir Alex Ferguson in the final week of his managerial career, that the 27 year old striker had issued a verbal request to leave the club.

Rooney is now pushing for Man United to clarify the situation and demanding an apology for the apparent ‘misunderstanding’ an apology that could well prove problematic for the Premier League title holders to make given that doing so would undermine their former manager, who is now an ambassador for the club.

Coupled with the strained relationship between incoming boss David Moyes and his former Everton charge and Mourinho feels the scene is set for a possible successful move to lure Wayne Rooney to Chelsea.

Chelsea are willing to offer Rooney a salary in excess of his current £250k a week deal and and are ready to stump up an opening offer of £30m in the knowledge that offers from other prospective suitors are bound to follow, which could lead to a bidding war Mourinho is determined to win.

For his part Rooney is believed to be interested in the prospect of working with the former FC Porto, Inter Milan and Real Madrid boss. Mourinho will also look to make the most of another striker’s apparently shaky future by plotting a £40m bid for Liverpool marksman Luis Suarez.

The Uruguayan has repeatedly stated his intention to leave Anfield this summer, making several references to his desire to leave the Merseyside club, citing press intrusion and a sense of victimisation from the English FA as reasons for his wish to make a Liverpool exit.

However in reality it may well be Liverpool’s inability to make up ground in their pursuit of a coveted Champions League berth that may be a more pressing reason for Suarez’s push to leave the club. The chance of a move to Chelsea may tempt the 26 year old forward, who netted 30 goals in all competitions last term.

Mourinho is known to be an admirer of the former Ajax man and will look to tempt Suarez into making a controversial move to Stamford Bridge with the promise of a chance to challenge for major honours and Abramovich is ready to sanction a contract offer of as much as £200k a week to lure Suarez to Chelsea.

Though Luis Suarez has stated his wish to join Real Madrid the Bernabeu side is yet to make a firm offer for his services and this could lead the Liverpool man in something of a state of limbo. Indeed incoming boss Carlo Ancelotti is thought to prefer a move to bring in the aforementioned Cavani and will look to keep hold of Karim Benzema, negating the need to make an offer for the controversial striker.

Liverpool have sold their top talents to Chelsea in the past, with the likes of Fernando Torres and Raul Meireles making similar moves, and as such if push came to shove and they felt they needed to sell Suarez to avoid the prospect of being stuck with an unhappy player, then if Abramovich’s bid was the best offer on the table then the club’s American owners may feel duty bound to accept.

Indeed Rodgers appears to be laying the ground work for a possible exit of his most effective attacking weapon having already signed Sevilla starlet Luis Alberto and moving in on a deal to seal the capture of Celta Vigo forward Iago Aspas. The Liverpool boss will also be aware that his side managed ten goals in the four games Luis Suarez sat out with suspension at the tail end of 2012/13, with Daniel Sturridge continuing to impress and Fabio Borini finally making an impact in the English top tier. Mourinho is ready to listen to offers for the aforementioned Torres with Roman Abramovich said to have ran out of patience with the 29 year old Spaniard after another decidedly average season last term, during which the misfiring striker scored relatively regularly in cup competitions but could muster just eight goals in 36 Premier League appearances.

Demba Ba also faces an uncertain future at Chelsea with Mourinho said to be open to selling the former Newcastle United man, though could settle for a loan exit if a decent bid is not forthcoming for the Senegal international.