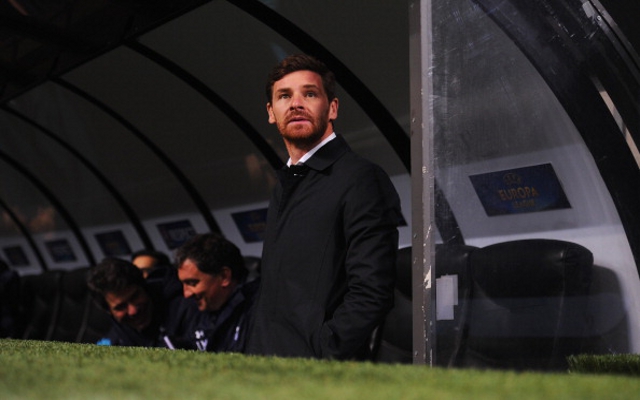 A possible Totteham starting lineup for next season.

Assuming that Real Madrid’s pursuit of Gareth Bale continues and they make Tottenham an offer that’s too good to refuse, Andre Villas-Boas should have plenty of money to spend on overhauling his entire squad this summer.

The team’s defence should stay largely the same, but left-back is said to be a position the club are looking at strengthening, with Benoit Assou-Ekotto and Danny Rose currently out of favour with Villas-Boas. Inter Milan’s Alvaro Pereira has been linked with a move to White Hart Lane, but he has expressed his desire to fight for a first-team place at the San Siro. Still, Southampton youngster Luke Shaw is also on Spurs’ wish-list, and their injection of cash following the sale of Bale could see them outbid the likes of Chelsea and Manchester United who are also chasing him. The 17-year-old is already good enough to be first choice for the club after an excellent first season of breaking into the Saints’ first team.

In midfield, there are uncertainties over the futures of Scott Parker and Sandro. The pair are injury prone and with Parker now 32 years old, he seems particularly likely to be sold this summer to either Sunderland or Queens Park Rangers. A good replacement in the middle of the park would be Inter Milan’s Colombian midfielder Fredy Guarin, an all-action combative midfielder with an eye for goal. Villas-Boas is a fan of his after working with him in their Porto days, and he is the kind of quality player who could help take Spurs to the next level.

If Real come calling for Bale, Spurs would do well to ask for Argentine winger Angel Di Maria in return. The 25-year-old could be up for sale this summer after a slightly inconsistent year at the Bernabeu, and with the club in general preparing to make some wholesale changes to their squad. Manchester City are also said to be interested, but Spurs could hold the cards with the Bale factor to take into consideration. Aaron Lennon will presumably continue on the right of midfield, with no other players in this position being linked to the club.

Both Emmanuel Adebayor and Jermain Defoe should be shown the door this summer, as they have struggled to regularly find the back of the net for Spurs, leading to an over-reliance on Bale for goals. With Bale gone, two top class strikers will be a priority for Villas-Boas, and these seem likely to be David Villa and Leanadro Damiao. Villa is looking to leave Barcelona this summer due to not being first choice at the Nou Camp, but has the quality to improve Spurs’ fortunes in the Premier League. Leandro Damiao has impressed in Brazil with Internacional and looks set for a big move this summer, admitting joining Spurs would be tempting.