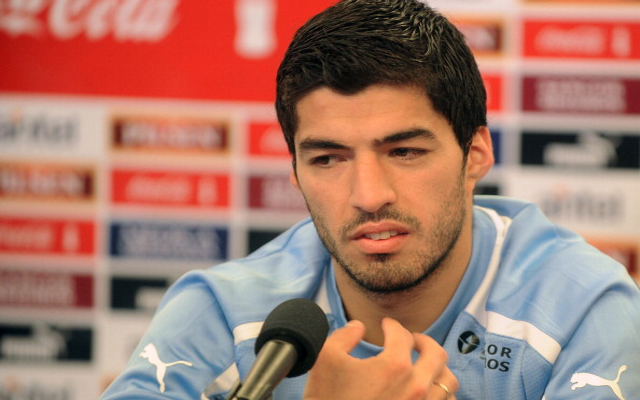 Liverpool fear that they will not have enough time to find a replacement.

Real Madrid could wait until the end of August to make a bid for Liverpool’s want-away striker Luis Suarez but the Reds will still demand £40 million for the Uruguay international, the Daily Mirror reports.

Madrid have yet to make a formal approach for Suarez despite the strikers continuous comments to the press about a move to the Spanish capital.

Reports suggest that Los Blancos are in no rush to sign Suarez because of his current 10 match ban.

The Suarez still has 6 games before he can return to first team action, meaning Madrid may wait until his ban has finished before they make their move.

However, Liverpool are not going to be bullied by Madrid and feel that they are in a position of strength, meaning that they will still expect £40 million for the striker.

Madrid will hope that by making a bid late in the summer, the Reds will be more likely to accept a cheaper bid and not the £40 million they are currently demanding.

Los Blancos did exactly the same thing in 2004, when they had a £7 million bid accepted for Michael Owen after a summer of speculation.

The difference with Owen and Suarez is that Owen only had 1 year left on his contract, whereas Suarez has 3 years, meaning their is no chance of him leaving on a free transfer.