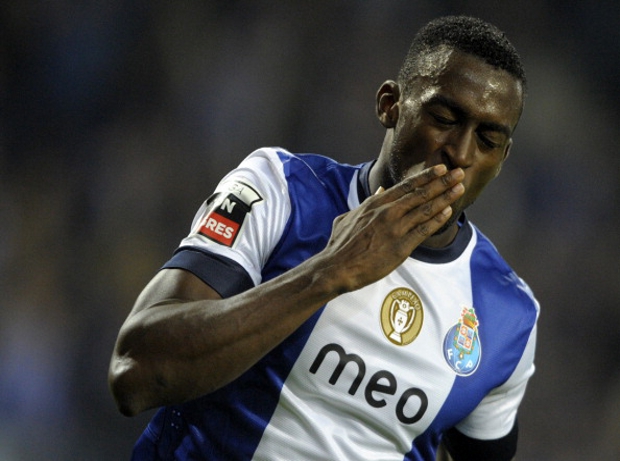 The Columbian has had an impressive debut season for the Portuguese club.

Tottenham boss Andre Villas-Boas has ruled out making a move for Porto striker Jackson Martinez according to Sky Sports.

Martinez has had an excellent debut season for Porto scoring almost a goal every game as he finished as the Portuguese League’s top goal scorer.

The Columbian had reportedly attracted interest from Barcelona and Liverpool but reports suggested that Spurs were favourites to sign the striker and were preparing a £25 million bid.

However, Villas-Boas has played the speculation linking Martinez with Spurs down.

AVB said that although the club have been tracking Bernard, they are unlikely to make a bid for him with interest in the midfielder also coming from Porto.

Villas-Boas has made signing a striker this summer one of his top priorities and the club have been heavily linked with moves for Barcelona striker David Villa and Valencia front-man Roberto Soldado.

The club also look set to renew their interest in long-term target Leo Damiao of Internacional.

Spurs have been tracking Damiao for the best part of two years and tried to sign him last summer but were unsuccessful.

However, the club will hope to be more successful this summer, with AVB  having more money to spend in the transfer market.