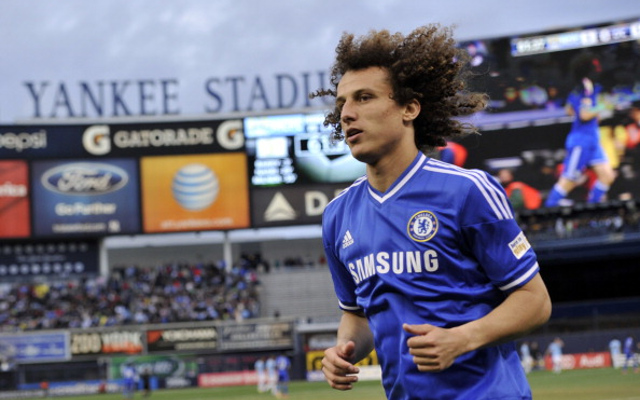 PSG are to step-up their pursuit of Chelsea defender David Luiz according to the London Evening Standard.

Incoming boss Laurent Blanc apparently wants to bring in the 26 year old Brazilian as the first signing of his Parc des Princes reign and is said to be looking to partner the Blues star with fellow countryman Thiago Silva in the centre of his PSG defence.

There has been speculation that Jose Mourinho would consider selling Luiz so as to boost his transfer funds but that seems an issue the returning Chelsea boss wouldn’t have to concern himself with given the financial backing the West London side receives from Russian billionaire owner Roman Abramovich.

Some have questioned Luiz’s ability to consistently perform at the centre of the Chelsea defence and whilst it’s true that on occasion the former Benfica man can be known to drop a clanger or find himself well out of position, in overall terms he is still a hugely talented defender, who can also play effectively in a defensive midfield role and as such is not likely to be a player Mourinho would look to sell this summer.

Luiz has proven something of a fan’s favourite and has enjoyed a great deal of success during his two and a half seasons at the club, helping Chelsea to FA Cup, Champions League and Europa League triumphs since his move to the club in January 2011.