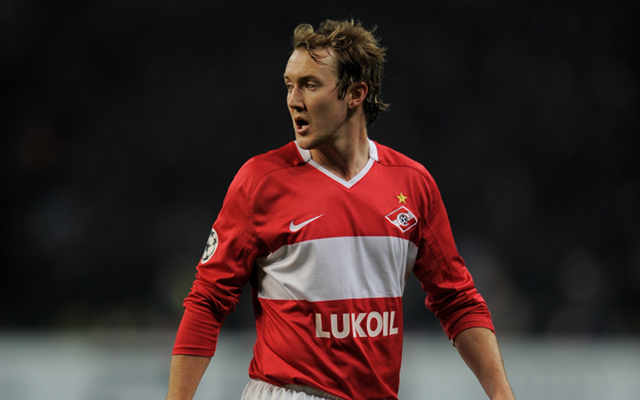 Everton are set to complete a £4m deal to sign Spartak Moscow winger Aiden McGeady according to The Scotsman.

The Republic of Ireland international may well prove to be the first signing of Roberto Martinez’s Goodison Park reign and could well represent one of the bargain’s of the summer.

Spartak Moscow invested £9.5m in the former Celtic man but must now consider lesser offers for the wide-man as he is in the final year of his contract with the Russian Premier League side.

Martinez attempted to sign the 27 year old attacker whilst at Wigan Athletic last January but failed with a £5m bid but now seems close to finally landing McGeady.

Sunderland are also said to be keen on McGeady and Paolo Di Canio can offer McGeady the chance of joining his Republic of Ireland team-mates John O’Shea, James McClean and Keiren Westwood at the Stadium of Light.

Prior to his move to Russia McGeady enjoyed seven seasons in the Celtic first team set-up, notching up over 250 appearances for the Bhoys and in the process winning four SPL titles.

McGeady has proven a moderate success at the Luzhniki Stadium, scoring a dozen goals in 80 appearances for Spartak.