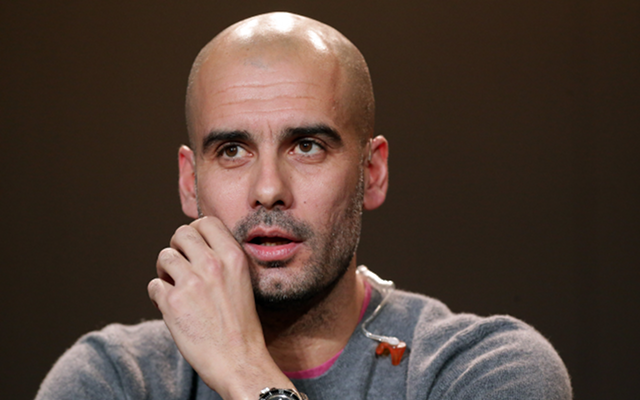 Heynckes led Bayern to the treble last season, and has arguably transformed the team into one of the best in the world, with a phenomenal record throughout the 2012/13 season.

Guardiola is widely regarded as one of the best managers in the world himself, and will take over at Bayern after a year out of the game following his tremendous success in four years at Barcelona.

The Spaniard won 14 trophies in his four seasons at the Nou Camp, and that also included a treble in his first season in charge.

At that point, he lifted a team that was struggling under former manager Frank Rikjaard, but he now accepts a very different challenge as he has to attempt to improve a side that has already won everything there is to win.

“I must accept the comparison,” said Guardiola at a packed press conference at the Allianz Arena.

“I have to be able to live with that. I am under pressure, of course, but I know this and I accept this challenge without fear and that is why I am the coach.

“What I feel now is a gift, a blessing to be here to be with Bayern and the very thought about me as the coach is a gift.

“Sometimes you take over a team on the way down… like in my first year as a professional coach.

“This situation is completely different. It is a good thing it is different. I take over a team that played exceptionally in the last season.

“They won three titles. This is the situation. When you are Bayern coach you always have pressure to play well.”

Guardiola is expected to make some changes to the team in this summer’s transfer window, and will be given a hefty transfer budget to spend. The club have already brought in exciting young talent Mario Goetze from rivals Borussia Dortmund, and have been linked with the likes of Robert Lewandowski, Luis Suarez and Juan Mata.

His predecessor Heynckes seems likely to retire from the game this summer, despite being linked with the vacant Real Madrid job.